Robbie Fowler will not return for the A-League restart with reports the Liverpool great has quit as Brisbane Roar boss.

Fowler, who was in his first season as Roar head coach, returned home to England when the A-League competition was suspended in March due to the global coronavirus pandemic.

However, Brisbane Roar officials have told the Sydney Morning Herald he will not return to the Queensland capital for the competition's resumption later this month after severing ties with the club.

Brisbane Roar vice-chairman Chris Fong said Fowler did not want to leave his family during the pandemic.

"The world's changed, we never expected this. It's a shame because the way we were building was beautiful," Fong told the SMH.

"We're extremely disappointed but that's the circumstances of this pandemic." 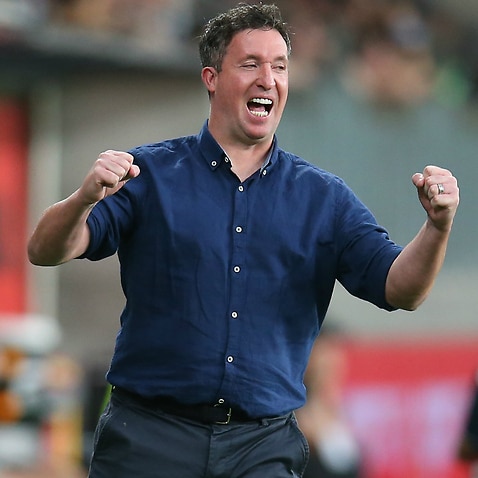 The former Liverpool striker hinted at a possible exit from the Roar in an appearance on SKY TV program Soccer AM in June saying he felt he was 'not a priority' for the club.

"I've put some info to the club to get me over and at the minute it looks like they are not going to get me a flight so it looks like it might really be up to me to try and make that move," he said.

"With me being a foreigner as such, it just seems I am not a priority … being the manager stuck in the UK, I am still stood down, so it's a little bit of a nightmare. But we'll have to wait and see how this one turns out."

Fowler's assistant Tony Grant has also ended his deal with the club.

Meanwhile, former Roar coach Darren Davies and Brisbane academy boss Warren Moon are expected to take control of the side in the interim.

According to Fong, the club will soon begin the search for an Australian coach to be Fowler's permanent replacement.

Brisbane sit in fourth position on the A-League table with Fowler leading the team to 10 wins from 22 matches before the competition was put on hold.