Four players were sent off in extra-time before Ajaccio beat Le Havre 5-3 in a penalty shoot-out at the end of a chaotic Ligue 2 play-off at the Stade Francois Coty.

Players from both sides were involved in a huge fracas after Jean-Philippe Mateta scored his second goal of the game to give Le Havre a 2-1 lead in extra-time, after efforts from Ghislain Gimbert and Mateta produced a 1-1 draw in normal time.

Mateta's celebrations after scoring from a penalty, which was awarded when Ajaccio's Mathieu Coutadeur confronted the referee during play, sparked angry reactions from Le Havre's players.

The game was already being played amid a tense atmosphere after Ajaccio fans attacked the Le Havre team bus on Saturday (AEST), leading to the fixture being postponed, and red cards were shown to Coutadeur and Mateta as well as Joris Sainati and Denys Bain.

Just as it looked as though Le Havre were set to clinch a controversial victory, Mohamed Mady Camara scored a stunning goal in the fifth minute of injury time in extra-time to send the game to penalties.

Zinedine Ferhat missed Le Havre's first kick of the shoot-out while Ajaccio's takers held their nerve, scoring all five of their penalties to set up a final play-off with Ligue 1 strugglers Toulouse. 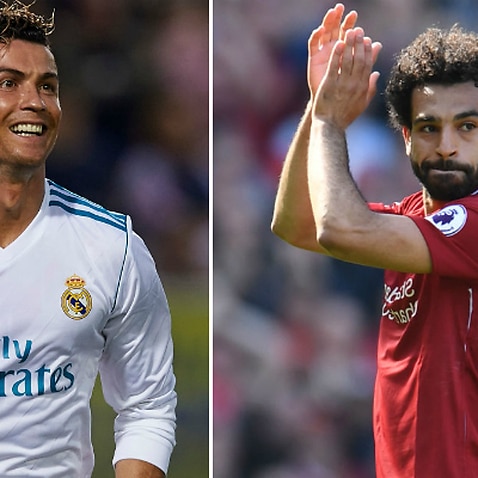