Tune in to SBS at 4:30am (AEST) on Thursday for a titanic Coppa Italia final between bitter rivals Juventus and Napoli.

WATCH the Napoli v Juventus 2020 Coppa Italia final this Thursday 18 June at 4:30am AEST (5:00am kick-off), on SBS and streamed via The World Game website / app and SBS On Demand.

If a Cup final between Italian heavyweight rivals isn't tantalising enough already, here are four more reasons to tune in:

Flag-bearers of the north v south regional rivalry that pervades Italian culture, Juventus v Napoli has intensified again in recent years after a spike in the 80s when Diego Maradona turned the Partenopei into title-winners.

They've played each other twice in the Serie A this season - two hugely entertaining clashes that produced 10 goals and one win each.

Juventus banned Neapolitans from attending the first clash, which prompted southerners to accuse them of "territorial discrimination".

In the past they have been sanctioned for anti-Neapolitan chants and banners such as "Vesuvius wash them with lava".

Gonzalo Higuain became a hero for Napoli as their star player in a three-year stint, breaking the Serie A goalscoring record with them in 2015-16, but when Juve subsequently signed him for an Italian-record €90 million (A$150 million) Napoli fans burned his jerseys in the streets.

The hate is real.

The Naples-born Juve manager takes on his old club, where he stepped up to the elite coaching echelon with his free-flowing 'Sarrismo' brand of football.

Even though Juve were pipping the Azzurri to league titles, they cast envious looks southward as Napoli and Sarri stole all the plaudits as Italy's "most attractive" side.

In April 2018, Sarri gave Juve fans the middle finger as he arrived at Allianz Stadium with Napoli for a crucial clash. He added fuel to the fire by masterminding a 1-0 win over them that day and celebrating wildly on the pitch.

Napoli captain Lorenzo Insigne said of Sarri's Juve move: "for us Neapolitans, that was a betrayal".

Sarri acknowledged he would have to work hard to win over Juventus fans due to his Napoli history, and he's still trying to do so - as his Juve are yet to fully convince. 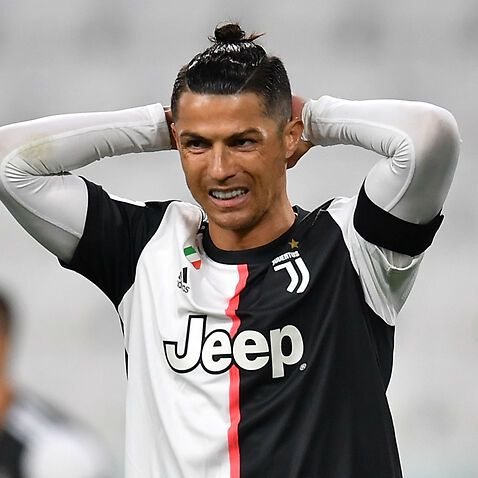 Ronaldo on his own is enough of a reason to watch a match - he's that good.

While Sarri's team still seems a little disjointed, the same cannot not be said about their star man.

In fact, Juve (and Sarri's job) would probably be in a perilous situation without him rescuing them on the many occasions they've been average. He's turned draws into wins for them all season.

The Napoli star was player of the tournament as Spain won the U-21 Euros last year, and he has kicked on to a new level this season (his second with the club), maturing into arguably the Serie A's best midfielder.

Tall but graceful, with superb technique, the 24-year-old's dribbling, passing and vision have stood out.

His mobility and versatility to play different roles in different formations has also not gone unnoticed.

He's been rewarded for his fine form by becoming a full Spain international, and is seen as a lynchpin of their midfield for the immediate future.

Tune in to see for yourself why Real Madrid and Barcelona are so keen to sign him.

A reminder that the football continues on SBS tomorrow after the Coppa Italia final - you can also WATCH our 2010 FIFA World Cup quarter-final classic match between Uruguay and Ghana from 2:30pm (AEST) on SBS and streamed via The World Game website / app and SBS On Demand.