At only 29 years-of-age, Western Sydney Wanderers recruit Jordan Mutch has experienced more than most players his age.

A teenage prodigy, as a youngster Jordon Mutch had the football world at his feet.

Coming through at Derby County’s academy in 2007, Liverpool and Aston Villa wanted to sign him. Instead, the midfielder went to Birmingham City, where he made his first-team debut at 16.

With experience at Hereford Untied in League Two and Doncaster Rovers in the Championship under his belt while on loan, his Premier League debut came at 20. Huge things were expected of the creative player, who represented at Under-17, Under-19, Under-20 and Under-21 levels.

For one reason or another, and despite later spells at Watford, Cardiff City, Queens Park Rangers, Crystal Palace and Reading, it never fully came together for Mutch. Injuries, inconsistency, falling out of favour with different managers – he’s had it all. 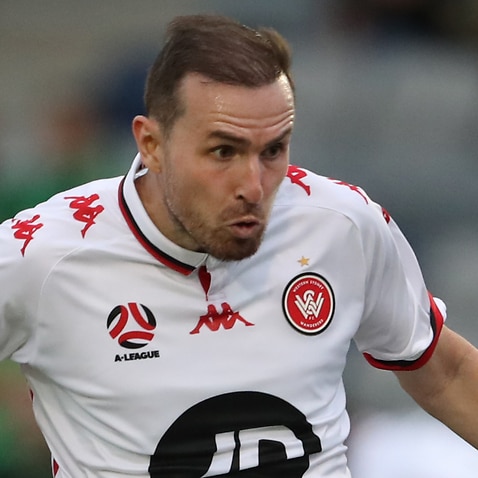 Mutch racked up 78 appearances and seven goals in the Premier League between 2010 and 2017 for Cardiff, QPR and Palace, but never seemed to hit the heights most expected.

And now, he finds himself in the A-League. After a still-born spell in Korea with Gyeongham FC, which yielded just 13 appearances, and an injury-marred stint in the Norwegian second division last year, where he played a single game, he has landed at Western Sydney Wanderers to resurrect his career.

You could say it is his last chance saloon.

Asked if he has a point to prove now, the midfielder told The World Game: “I don’t know, it depends how people look at it individually. As a footballer, you always want to do your best, to prove to people that you’re good and do good when you play.

“That’s your aim as a player, to be a consistent performer. I’ve gained a lot of experience but probably not played as many games as I what I’d hoped for at 29 because of certain circumstances.

“But I’ve got an opportunity here where I can do that.”

The early omens at the Wanderers are good. After making his debut against Wellington Phoenix in February, Mutch has made three appearances and scored the winner in the 1-0 victory over Western United.

Happy and, crucially, healthy in the harbour city, Mutch has been reunited with his former Vancouver Whitecaps coach Carl Robinson at Bankwest Stadium. The appeal of working with Welshman Robinson, who has built a strong British core at Western Sydney, was strong.

“I enjoy the day-to-day training. It’s nice to work with someone you really enjoy working with. There’s a lot of people that are from the UK here, which makes it easier when you come into the club.

“But all the boys have been great, and it’s a really friendly environment. They’ve all made me feel so welcome. I knew Bernie Ibini, who’s here also, who I played with in Vancouver. It just made it really easy to settle in quickly.

“It’s been a really good, really easy transition, actually. Australia’s very much like England, so there’s not that much difference. It just feels like home, really. A home away from home.”

The A-League might be a world away from Selhurst Park, St Andrew’s and Cardiff Stadium, where Mutch has spent most of his career, but the Englishman has always been aware of the league. And he has been pleasantly surprised by the standard since arriving down under.

“There’s a lot of quality in the league,” he said.

“There’s a lot of chances in the games; I think as you can see, this year especially, anyone beats anyone in the league, really. You look at Wellington, they’ve played well, and they’re down near the bottom.

“They’re probably one of the best footballing teams I’ve seen, watching them on TV here as well. But I think anyone can beat anyone, which makes it a really exciting league, if you’re a viewer or if you’re playing.

“I’ve taken a bit of notice of it [before arriving], watched it in TV in England and then when Carl Robinson joined Newcastle, I paid more attention to it as I played under him at Vancouver. So I have been watching it quite a bit.”

Mutch is also fully aware of the Australian mentality. He spent four years on the books of Palace, where his teammates included former Socceroos skipper Mile Jedinak.

“Mile is a legend; he’s such a top guy off the field,” Mutch said.

“I’ve actually seen him three or four times around Birmingham because we see the same osteopath. I always bump into him there. He’s a top, top guy. I didn’t ask him about the A-League, but off the field, he’s such a nice guy.

“You come across like five or six people like him [in football]. Obviously, he was the captain at Palace, and he was just a really good person to be around. I’m surprised he hasn’t gone back to Australia and maybe finish his career off here.”

It hasn’t always gone to plan for Jordon Mutch. But in the A-League, now he has the chance to silence his critics and show what he can do. 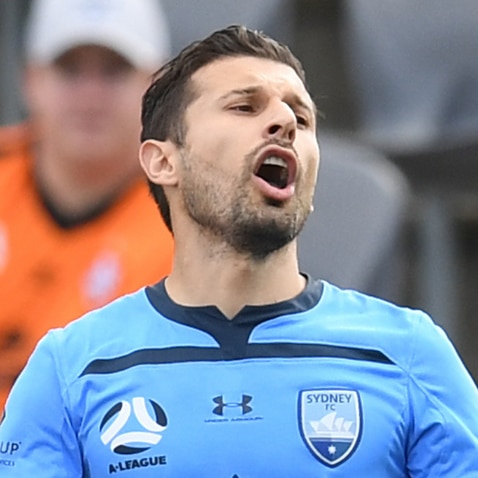 The Wanderers are currently sitting in third spot on the ladder with four wins, four draws and three defeats from 11 matches. The club is just one point below second-placed Macarthur.

Mutch believes Western Sydney has all the ingredients to be title challengers this season.

“For sure, I look at it as that we’ve got a really good squad here now,” he said.

“We’ve got a big squad, so there’s a lot of competition for places. And I think with the squad we’ve got, that’s what you’d be expecting.

“Having the manager we have as well, Western Sydney is a massive club, the facilities, the stadium, winning the title is where we should be.”