Founded within three years of each other in the mid-1950s, the two Sydney clubs have experienced almost every ebb and flow of the competition’s ever-changing landscape: the New South Wales First Division in the 1960s and 70s, the National Soccer League boom of the 80s and 90s, through to the eventual decline of the top-flight competition in the early 2000s and the establishment of the A-League and National Premier Leagues in the 15 years since.

They’ve won multiple titles in multiple competitions across multiple decades. They’ve produced and provided platforms for some of Australian football’s biggest names including Mark Bosnich, Charlie Yankos, Rale Rasic, Brett Emerton, Robert Hooker, Ante Milicic and Tim Cahill. And nestled just a stone’s throw away from each other in Sydney’s inner western suburbs, both clubs have developed a rivalry that continues to colour their modern-day match-ups – including a famous tie that decided the 2018 NSW NPL Championship.

It’s this history – now deeply woven into the fabric of Australian football – that makes both clubs’ recent moves into the women’s game all the more exciting. For the first time, both Sydney Olympic and APIA Leichhardt will be fielding senior women’s teams in the state’s premier women’s competition – National Premier League Women’s 1 – for the re-jigged 2020 season.

While they will face each other as opponents on the field, the rise of both clubs in the women’s space has been remarkably similar. Olympic and APIA fielded their first women’s teams roughly a decade ago – both of them starting in the state’s third division – but it’s only in the last five years that both programs have accelerated thanks to greater investment from clubs and sponsors, reflecting the increased momentum women’s football has been generating globally.

“There were three divisions back then: NPL1, NPL2 and state league, which was the lowest. We started there. In my first season, Enzo [Calabria, former head coach] signed everyone that trialled because he was worried about not having enough numbers.

“The support for women’s football when we first started came mainly from family members and volunteers who had daughters playing. No women were paid to play then. But attitudes changed a few years ago as our women’s program started to taste some kind of success. 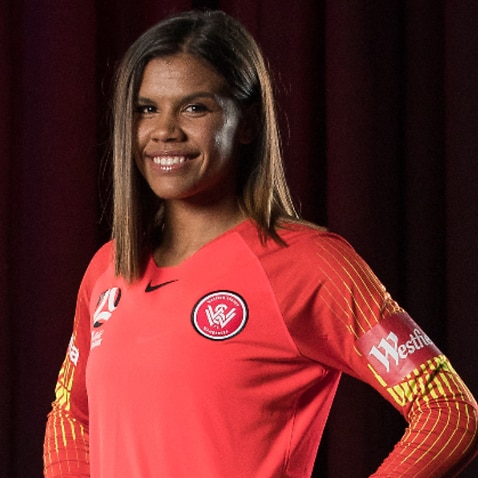 “A new board took over the club – Bill Papas, Damon Hanlin and new CEO John Boulous – and for the first time, they made funds available to reward our players for their efforts. Now, the girls get what the boys get, nothing less.

“In 2018, we won the Premiership and Championship double and finally got promoted to NPL1. This enabled us to attract more quality players that wanted to play at the top level, but also play for the biggest club in NSW. We managed to finish second in our first season and played some enjoyable football.

“I would say ethnic background clubs never looked at women’s football before because of the stereotype of how football was for men, but that has all changed now. You look at these clubs such as Olympic and we are proof that isn’t the case anymore.

“The quality of women’s football in the past few years has come on in leaps and bounds, and you can arguably say that our Matildas at the moment are in a much better place than our Socceroos are. It’ll get even bigger with the Women’s World Cup being held here in 2023. The sky is the limit. I’m hoping to see and help some of our Olympic players be in that squad – that would be a dream come true for them and for me.” 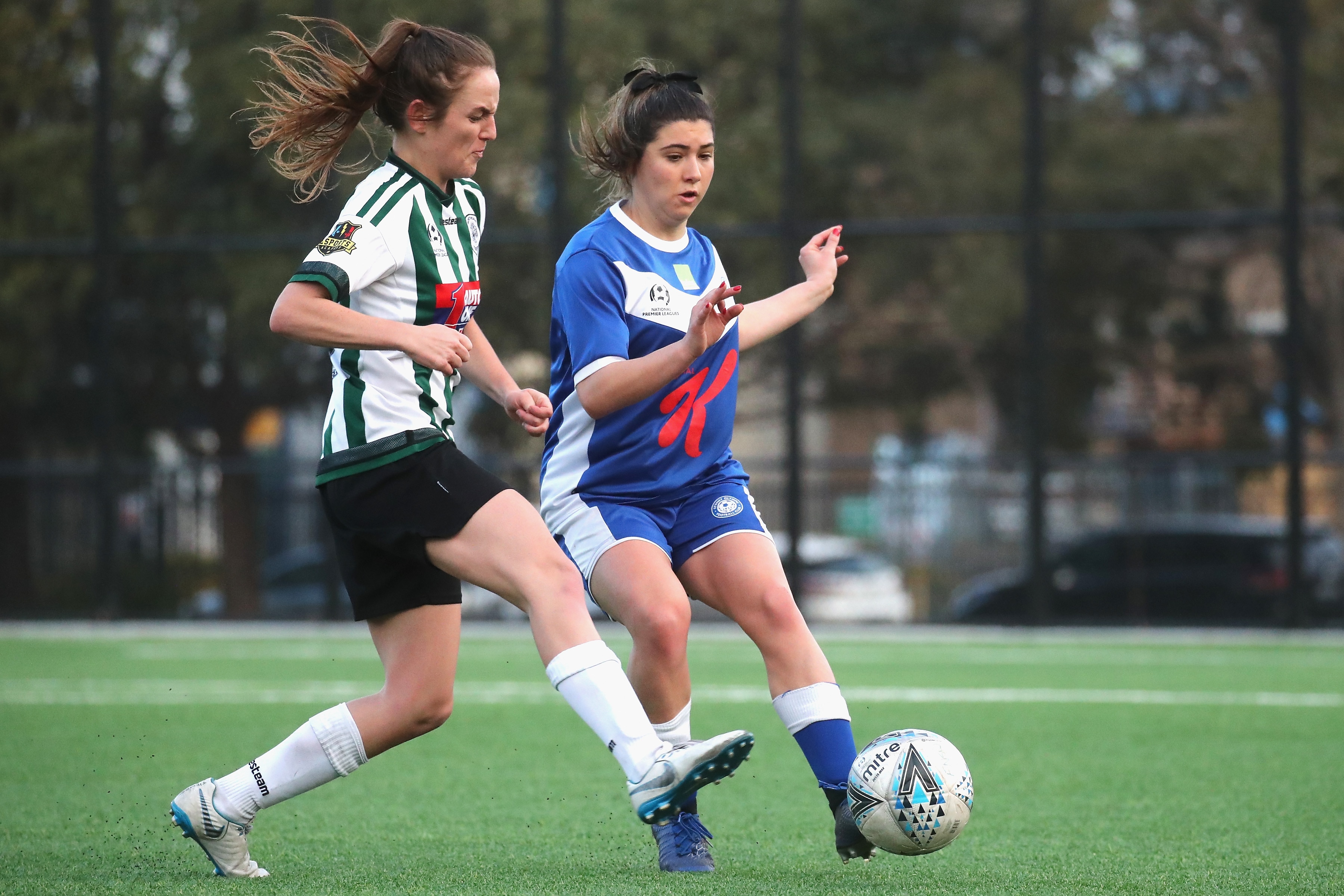 For Kalisa Tsoupis, former Olympic captain and current first-grade women’s manager, the biggest changes haven’t just been financial. There has been a noticeable culture shift at the club as women’s football has grown in interest and legitimacy, too.

“[In 2011], I felt like the women’s program was just an add-on. It wasn’t seen as an equal component to the club as the men’s division. Yes, we weren’t in the [National] Premier League, but we were still part of the club. In the early years, we had no season launch or presentation of our jerseys. I feel like because Olympic has only ever had a men’s team and been very successful in that, having a women’s team wasn’t seen as necessary, so it wasn’t considered as important as it should have been.

“It has always been the mentality that football is a male sport. Growing up, I was told by many I should be dancing, not playing football because that was the normal thing for girls to do. “[But] the last few years have been amazing [and] it could not have been possible without the support, investment, respect and appreciation the women’s teams have received from all club staff and management.

“The reason I remained at the club for so long was the fact that I could see growth. The club over the years invested a little more every year into the women’s program. We’ve got major sponsors on board including Kellogg’s’ “Special K,” we now share the main field with the men’s team, and first-grade players get financial support. I cannot be prouder of the club and all the support it has provided for the women’s team, and it’s clearly [paying off] in the results we’ve achieved.”

It’s a similar story at APIA Leichhardt. After a crucial board meeting in 2014 saw the club decide to revolutionise their failing women’s program, APIA’s rise up the NPLW ranks has been rapid. From starting at the bottom of the third tier, key short-term recruits including former Matildas Teresa Polias and Servet Uzunlar helped the women’s team reverse course.

An advertising and marketing blitz opened the club up to new sponsors and prospective talent, with over 100 players trialling for the club’s youth teams the following season. Four years later, thanks to successes in the senior and reserve grades, APIA were in the state’s top division.

“In two years, basically, we turned it all around,” said Matteo Maiorana, APIA’s women’s manager.

“And like everything in football, if your senior team is successful, it filters down. So that momentum rolled on and on. The following season, we recruited more senior players and won the league again: two Premierships back-to-back. That second year, there was a big meeting again and we said, ‘we’re actually in with a chance of getting promoted here.’ And we did.

“I’ve got a saying in the club, and it resonates all the way through: the journey is the reward. The journey to get to where we are has been the most exciting and unbelievable thing that I can think of. I wouldn’t change a thing.”

Unlike many newly-promoted teams, APIA didn’t go on a large recruitment drive when they reached NPLW1. While their promotion this season has seen them attract some big W-League stars like Princess Ibini, Elizabeth Ralston, Georgia Yeoman-Dale, Teigen Allen and Alexandra Huynh, 29 of the 38-woman squad has remained from their second-division days, including three promoted youth players. APIA Leichhardt in action during the 2019 NPL2 season
Football NSW

For captain Ash Palombi, who joined APIA in NPLW2, that player retention has been key – not just for team chemistry on the field but also for the club’s culture off it. “From the get-go, that was something that was established already. The culture is what you have to buy into: this is what we’re about, this is our motto, this is where we’re headed, this is our plan.

“That’s why you keep the nucleus of the team and you don’t want to leave because the culture becomes everything. You’ve got the banter floating around but then you’ve got the fact that you all want to play together and for each other, and also for the people behind the scenes. It starts with the core and there’s never any deviating from the plan, it was either ‘you’re in or you’re out.’

“And you’re buying into the whole club, not just a single team. After we got promoted – that next training session – the men’s team who were training on the other half of the field walked over and applauded us. Our SAP girls sat in the corner of the stands over there and had a drum going in our final game. They created songs with our names in them, cheering us on. That sort of stuff is what keeps you here. 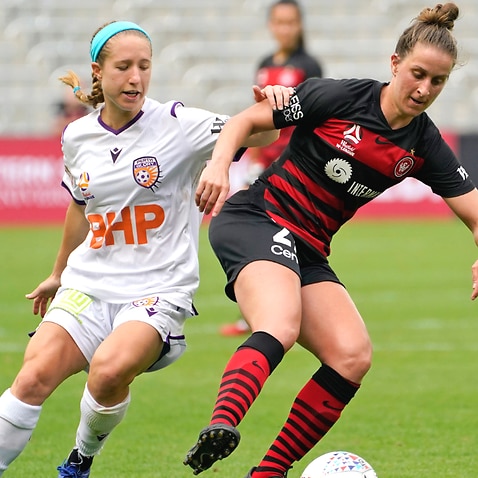 Like Olympic, it took time for that culture to develop. The weight of the club’s history in the men’s game meant old attitudes regarding women’s football were not easily changed. But success is persuasive and now that they’ve reached the top tier, APIA have their sights set on achieving even more of it.

“Five years ago, we laughed because we couldn’t even field a team,” Maiorana said. “We used to forfeit games because we didn’t have enough players. Now we’ve got 80 or 90 players trialling and can pick whoever we want.

“But there’s so much more we can do. We want to win the NPL1 Club Championship. That’ll prove to all the nay-sayers – and to ourselves – that we belong. That means we’ve got good teams now and into the future and would cement our place in women’s football. The next big thing is seeing one of our players making the Matildas who plays for APIA. It’s about providing the opportunities for players to progress. We’re always thinking three or four years ahead.” 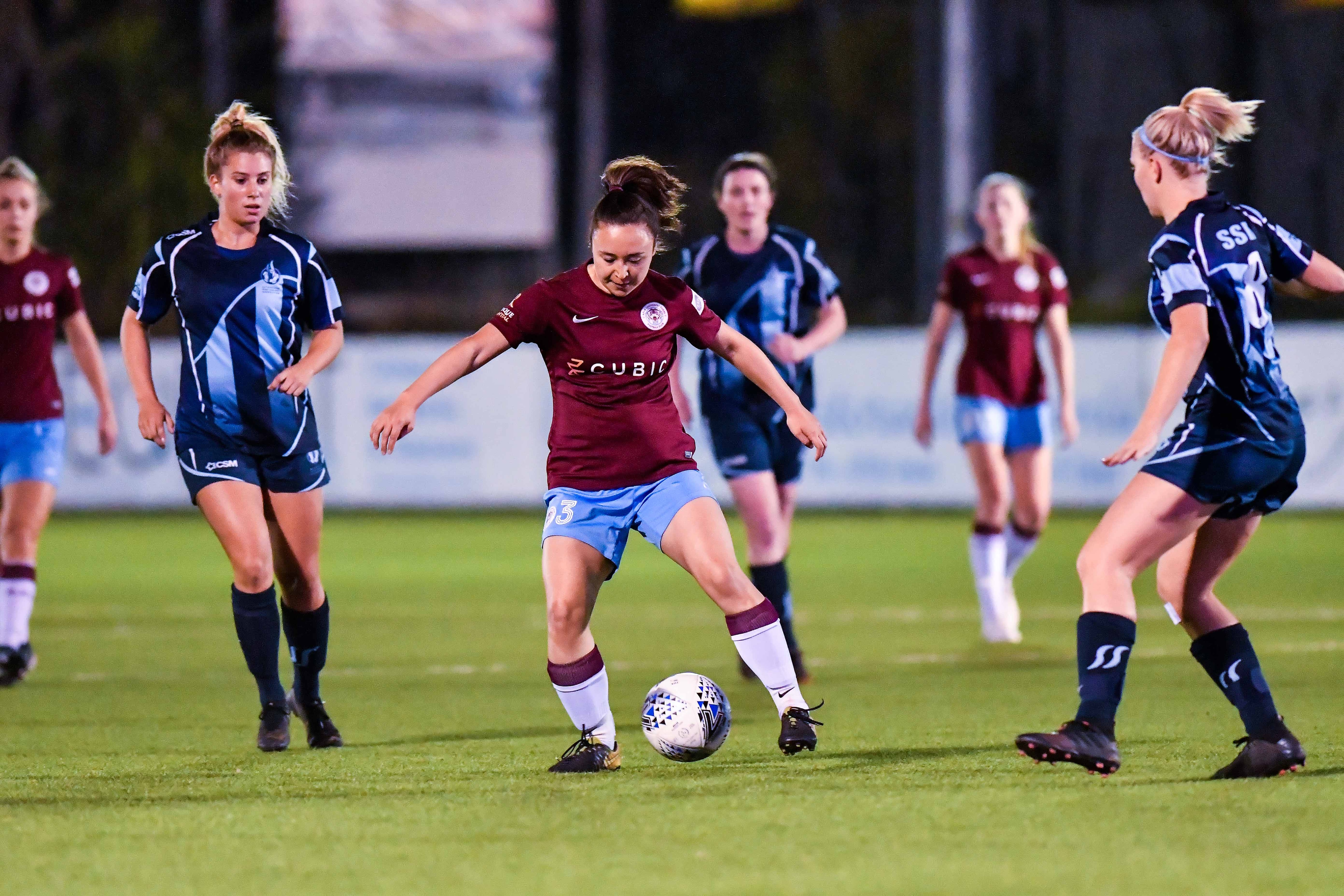 Palombi agrees. “How good would it be to see someone that’s gone through the ranks in the juniors, see them stick and progress through the club with the coaching staff that we’ve got, make their first-grade appearance and then go on and play in the W-League and potentially something further?”

It’s a prescient comment as Football Federation Australia and W-League clubs must soon reckon with their purpose within football’s wider ecosystem. Like the old NSL clubs who have ‘fallen’ from their heyday at the top of Australian football, adjusting to shifting expectations and opportunities is necessary if women’s football is to evolve.

There is something to be learned, perhaps, from the position these historic clubs of Sydney Olympic and APIA Leichhardt now find themselves in with regards to the women’s game: they acknowledge their role as one link in a larger chain of development, with long-term visions of producing players talented enough for national and international opportunities.

This is, after all, the greenhouse for Australia’s next generation of Socceroos and Matildas, as well as the next generation of league and national team coaches. By bringing ‘old soccer’ and ‘new football’ together and encouraging greater cooperation between the different levels of the pyramid, clubs like Olympic and APIA offer a blueprint for how Australian football can move into the next decade.