Bravo to the Western Sydney Wanderers club, management, fans and Professional Footballers Australia because football must stand its ground to ensure our wishes are protected and respected.

Arriving back from abroad, I couldn’t believe that law enforcement authorities are once again trying to control the right of Wanderers fans and, by extension every other club now and in future, to make public demonstrations of their passion before, during or after matches.

Once again, it is an example of a common phenomenon in this country, whereby football is seen as acceptable as long as it fits within the paradigm of other sports. 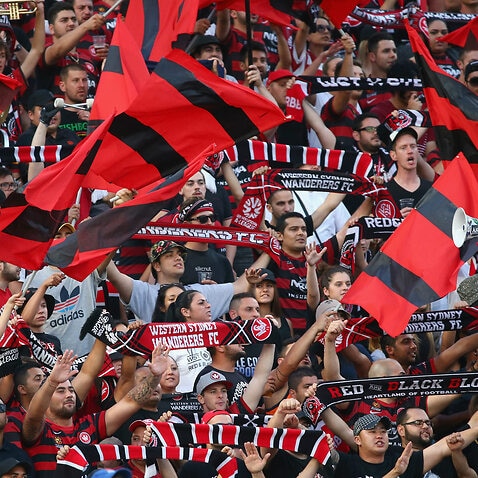 But football does not, and will not.

It reminds me of all the discussions I had over sportsman’s lunches in the last decade arguing that football does not change for Australia; Australia changes for football and is all the better for it.

Take the media. Drives me bonkers when people are paid to comment on football and feel the need to use terms from other sports to ‘Australianise’ the game, to speak to an audience they perceive will only accept the game if it comes closer to them, to feel more comfortable.

Suddenly we had rugby league sayings filtering into football, and broadcasters from other sports brought in to ‘engage’ another audience.

Engage? You must be joking.

This thinking grievously under sells the beauty of the game, the intelligence, the artistry, the nuance, the deep tactics that take many thoroughly enjoyable years to understand.

The game engages by virtue of its beauty.

We are what we are, and we do not change. Australia is, and was always going to, come to us as the face of the nation comes to perfectly reflect the football diaspora.

To accept and love the game for its passion, not a watered down version that they can feel comfortable with, that doesn’t challenge their world view nor their other beloved sports.

We were never here to ‘fit in’, to be an acceptable part of the sporting landscape, to accept the role of ‘little brother’ - quaint, enjoyable but knowing one’s place.

This was always the feeling I got speaking around the country, and one that I would challenge, aggressively.

We talk our own way, we use football terms, we do not blend the edges to make people feel comfortable, we do not need to compromise our values for success.

The game succeeds on its own and is doing so precisely because of the pride in ourselves the game promotes.

Australia has unique challenges to eventual supremacy but these will be overcome in time and, certainly, definitively not by backing down from what we are, or from trying to ‘fit in’ to a perception of what Australia wants.

Like any citizens of this country, Wanderers fans have every right to congregate before matches and make their way, together, to the stadium.

This is football and denying fans the right is another attempt to ‘Australianise the game’.

Because, football treads its own path.