When James Johnson delivers his first press conference on Wednesday after taking up the position of Football Federation Australia chief executive he will not feel the need to explain the offside rule or disclose his favourite foreign team to show that he is a football man.

Johnson is a renowned and respected football administrator and his familiarity with and knowledge of the game and all its trappings are a given.

So, unlike his predecessors Ben Buckley and David Gallop who came to football with a strong Australian rules and rugby league background, Johnson will not have to show the football family on his media debut why its trust in him was justified or risk-free.

He’s one of us, no worries about that.

The highly-paid position of FFA chief is a poisoned chalice, fraught with obstacles one does not find in any other sport in the country. 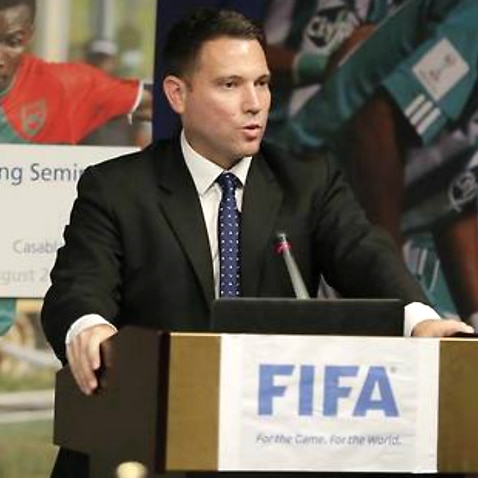 FFA came into being on January 1, 2005, and the stagnant game’s rebirth with all the bells and whistles was seen as its last chance to get its act together and leave a meaningful and lasting imprint on Australia’s sporting landscape.

There were many people, however, who contended all along that the best interests of our game were not served by giving the top job to someone from a rival football code with little understanding of what makes the football world tick.

The FFA’s first chief executive, remember, was John O’Neill who had a rugby union background.

After 15 years, therefore, football finally has a man in charge who knows the game with all its political, cultural, organisational and economic challenges.

And here lies Johnson’s big challenge. He will not need a period of adjustment to a new ball game and must deliver because the game simply cannot afford another faux pas.

Now that football has one of its own at the helm, he must appease the disillusioned fans across the country with outcomes that reflect a deep understanding of the game's needs and aspirations.

In a way, O’Neill, and to a greater degree Buckley and Gallop, could have been understood if not excused for failing on several occasions to provide ‘football’ solutions to ‘football’ issues, much to the disdain and derision of ‘the family’.

Their main task was securing a substantial television deal that would enable the A-League to keep going. And they succeeded.

A new television deal obviously will be one of Johnson’s priorities but he also must reassure the fans that they can relate to the man holding the game’s top job.

And how he handles the pressure of massive expectation placed on him by one and all will go a long way towards determining his legacy.

The game’s stakeholders will expect Johnson to speak their language and sing from the same book so he will be made to feel in no uncertain way that there can be no margin for error from a philosophical perspective.

There are many issues that need to be met head-on, such as the A-League’s independence, the next tv deal, VAR, winter football, expansion, a second division, the competition’s parlous state, falling crowds and viewers, the virtual disappearance of ‘active’ support and last but not least junior registration costs.

Johnson cannot expect to please everybody on everything every time but if he can be seen as being on the same wavelength as the rest of the football community he will go a long way towards securing the general support and goodwill his predecessors did not enjoy.