Australia take on Jordan on Friday morning (AEDT) in the latest 2022 FIFA World Cup qualifier in Group B. The World Game looks at five things that may be answered during the 90 minutes in Amman.

With 15 goals in the first three games, Australia have enjoyed Group B so far.

While there is a long road ahead (or should be, all going well), the games so far have provided opportunities to get the players together, score a few goals and get the confidence and team spirit flowing.

Now it is time for the toughest test in this second round - a trip to Jordan.

No Australia fan needs reminding that three of the five competitive games between the two have ended in defeat.

The most recent was that 1-0 loss that started the AFC Asian Cup in the same disappointing fashion in which it ended.

Before that were the painful defeats in Amman during qualification for the 2014 and 2018 World Cups.

Going back there and taking three points would not just put the Socceroos in complete control of Group B at the halfway stage - with four wins from four and three games from four still to come on home soil - it would put this bogey to bed.

While Jordan looked short of ideas in the 0-0 draw at home to Kuwait last month, the visit of the Socceroos may well be welcomed by the under-pressure coach Vital Borkelmans.

The Belgian insists that his team will be looking to score but also knows that Jordan are better when sucking teams in and hitting on the counter.

The hosts will be more than happy for Australia to take the initiative and push forward. Then the team’s speedy transition may make the difference.

Leading scorer Hamza Al-Dardour returns while veteran goalkeeper Amer Shafi, one of the best in Asia on his day, should also be fit. Both could be crucial. 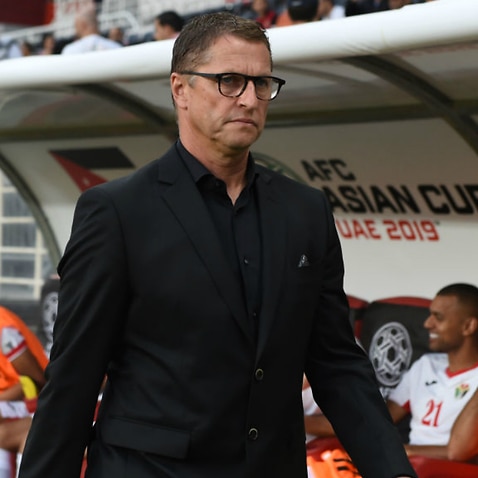 3. Can the Socceroos build on October outings?

October’s games against Nepal and Taiwan were always going to end with six points in the bag, but they also gave strikers Jamie Maclaren and Adam Taggart the opportunity to fill their international scoring boots. The chances were not wasted.

Nobody expects a similar haul in Amman as openings are going to be much fewer and farther between, but ruthlessness is needed with the first goal more important than usual.

What Australia don’t want is a repeat of 2015 - when Jordan took the lead and then worked hard to frustrate the visitors: wasting time, breaking up play and rhythm and just managing the game in a fashion that Australia struggled to deal with.

Being tighter at the back will help too. Amid the goals that were flying in at the other end against Taiwan, Chen Yi-Wei found plenty of room between Milos Degenek and Harry Souttar to score with a bullet header.

Jordan never really looked like scoring against Kuwait in the last game but if they get their noses ahead then it could be another tricky evening.

4. Can Australia turn the crowd around?

In past visits to Amman, the atmosphere had corner flags shaking even without a punch from Tim Cahill with the crowd acting as the proverbial 12th man. This time could be different.

Jordan may have collected seven points from the first three games and may be able to go top if they repeat their wins from past World Cup qualification campaigns, but not all is well.

Locals, despite the decent results, are unhappy with the performance of the team and there have been plenty of demands that coach Borkelmans be removed and even some talk of boycotting the national team.

Should the Socceroos get on top and get in front then there could be a very frustrated King Abdullah Stadium for the hosts to deal with and home advantage will become anything but.

5. Can club success be tapped into?

Two players reported for international duty on the back of domestic success. Brad Smith became the first Australian to win the MLS Cup, stateside success that not even Cahill managed. 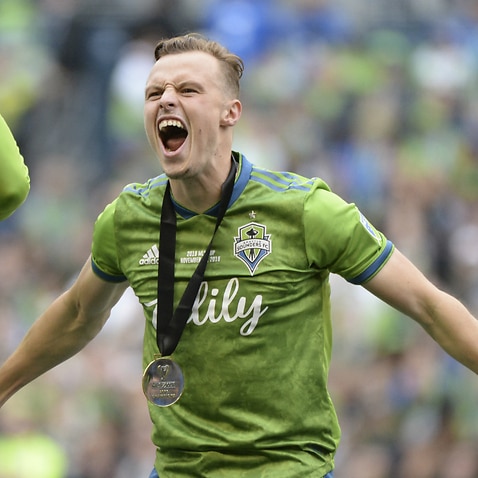 The on-loan left back arrives in the Middle East after appearing in front of almost 70,000 fans for Seattle Sounders as they defeated Toronto FC 3-1.

The striker has had a great season in the K-League and, with two games remaining in the league, is the joint top scorer with 18 goals.

While Suwon’s league form has been uncertain, the cup win means a place in the 2020 AFC Champions League.

Now in Asia with Australia, it is to be hoped that some of the glitter from the just won silverware is reflected in international performances.