The likelihood of Aaron Mooy staying at Huddersfield Town next season is diminishing with each Socceroos appearance at the 2018 FIFA World Cup, as Everton, Southampton and West Ham United vie to lure the midfielder away from Yorkshire.

In the week that Australia coach Bert van Marwijk concluded that the 27-year-old Socceroos linchpin is capable of moving to a bigger club than the over-achieving Terrriers, The Sun reported interest from the Toffees and Saints for a player they value at around $32 million (£18 million).

That would represent a $14 million (£8 million) profit for Mooy, signed from Manchester City for $18 million (£10 million) a year ago.

The World Game understands that West Ham United have also turned their gaze on Mooy, with 68 per cent of fans on a recent online poll saying the club should make him a priority signing. It’s believed two other Premier League clubs are also in the mix, along with a leading club in Italy’s Serie A and one of French football’s higher-echelon outfits.

While no concrete offers have been tabled yet, it’s possible the Terriers would demand a larger sum for Mooy, whom they signed from Manchester City after a sensational season-long loan helped seal Premier League promotion in 2016-17.

Conversely, they might be tempted to cash in while the money is on the table.

Mooy’s stature and value has only been enhanced in Russia, where his composure and commanding presence pulling the strings for Australia has been evident in the group games against France and Denmark. 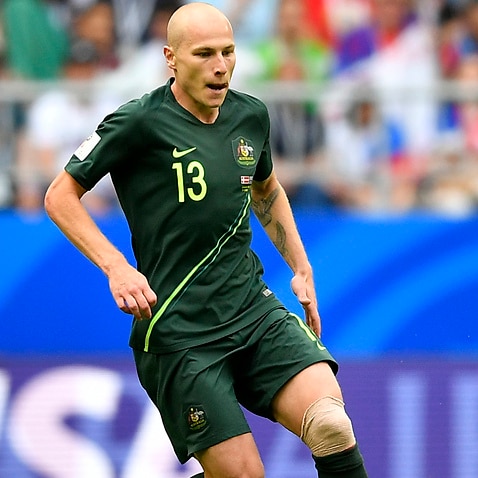 “(He's a) very good player, all the players are important,” said Van Marwijk of Mooy.

“I think he's a very good player and everyone has had a good look at him and maybe he can play in England on a higher level."

Mooy, who is contracted until mid-2020, has publicly stated that he is happy in Huddersfield, flourishing under the tutelage of coach David Wagner.

However, he is ambitious and there is no question that a move to Merseyside, or east London in particular, would represent a significant step up.

Mooy agent Paddy Dominguez declined to comment on the speculation surrounding his future when contacted by The World Game.