Wayne Rooney backed Liverpool as deserving Premier League winners and said the season must be completed - even at the expense of 2020-21.

The former England captain commended the FA's decision to extend the length of the current season indefinitely, describing it as "the fair thing" for promotion, relegation and title races to be settled.

Despite enjoying two spells at Everton and spending 13 years at Manchester United, Rooney hailed his former clubs' rivals Liverpool as deserving winners of the Premier League and tipped them to finish the job when the season resumes.

"The FA helped to clarify that the league season will finish and that is fair," 34-year-old Rooney said in The Times.

"Liverpool will win the Premier League.

“Now, as you can imagine, I have Everton fans phoning me up saying: ‘The season has to be cancelled!’ And, of course, as an Evertonian and someone who played for Manchester United for 13 years, there’s a bit in me that thinks that would be good.

"But no. Liverpool have been fantastic. They have put so much work in. They deserve this title. Can you imagine waiting 30 years and then having it taken away like this? The right decision has been made. 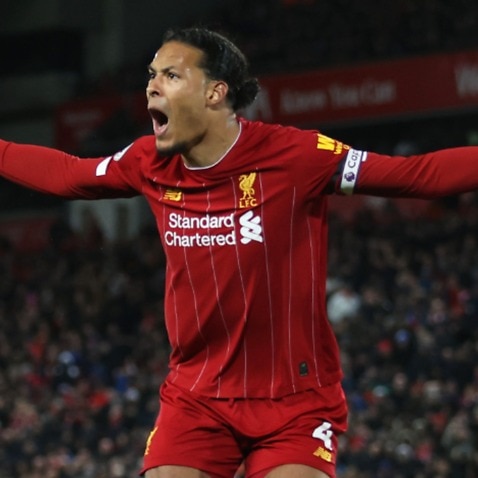 The day Liverpool should have won the title – Red Sox, Drake & other sporting curses

"It's also right in terms of promotion and relegation and places. These issues are so big for the clubs involved that I imagine there would be a lot of legal fights if the season was just abandoned. The fair thing is to finish 2019-20 — even if we have to lose next season in the process."

Rooney, who now plays for Derby County in the Championship, indicated he is opposed to matches being played behind closed doors given the strain emergency services are already under across the UK.

"It wouldn't surprise me if finishing the season takes until the end of 2020," he said.

"When you play behind closed doors it still means bringing together a fairly large group of people. You need ambulances, doctors, paramedics. They're mandatory. Police may be needed too. Why bring them all to a football match when in this crisis they will be needed elsewhere for things that are far more important?

"I wouldn't be comfortable playing a game knowing there were people dying or very sick because of coronavirus and we're taking those workers away from the front line."