Benevento will be playing in Italy's top flight next season after former Milan striker Filippo Inzaghi led them to promotion on Monday.

Filippo Inzaghi's Benevento clinched promotion to Serie A on Monday with seven league games to spare.

Former Cagliari striker Marco Sau came off the bench to score the only goal in Benevento's 1-0 victory over Juve Stabia, a result that sealed the Serie B title.

Benevento, who have won 23 of their 31 league games and lost just once, have a 24-point advantage over Crotone and Cittadella.

Ascoli were the last club to be promoted with seven games remaining, and they did so in 1977-78 when only two points were awarded for a victory. 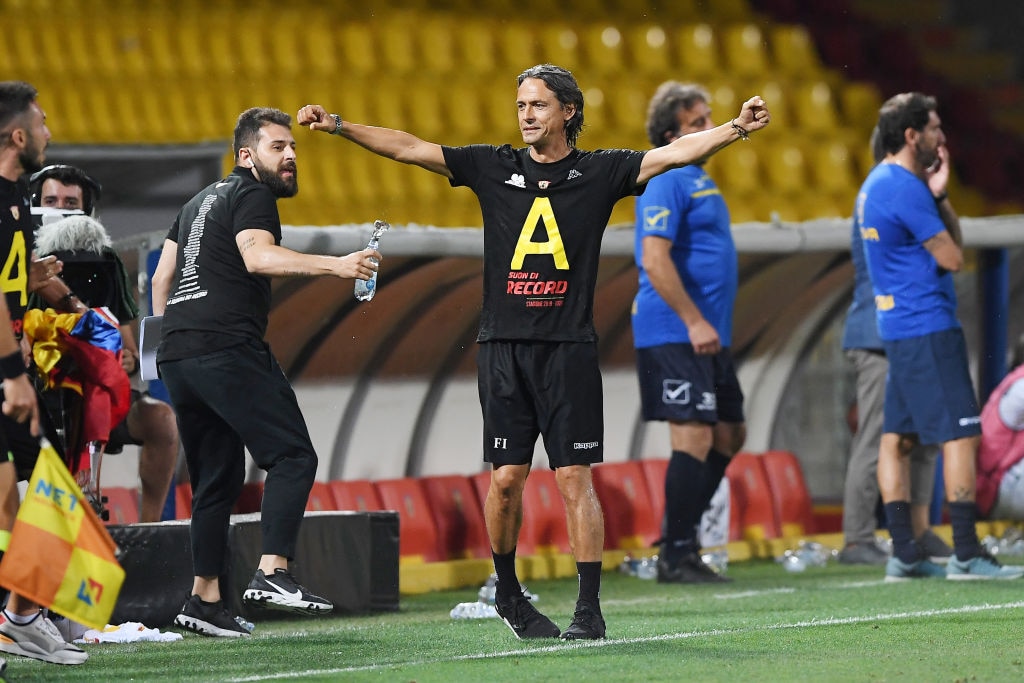 Benevento were promoted to Serie A for the first time in their history three years ago, but they were relegated after just one campaign having lost their first 14 games.

Former Milan and Bologna boss Inzaghi took over 12 months ago and will re-join his brother and Lazio coach Simone in Italy's top flight next term.

Benevento look to be preparing for life in Serie A already as ex-Chelsea and Marseille striker Loic Remy was reported to have arrived for a medical on Monday ahead of signing.