The Bundesliga's smooth implementation of the five-substitutes rule would suggest that FIFA could do much worse than consider making the measure permanent.

The world governing body has agreed to make a temporary amendment to the laws of the game to protect player welfare as football rushes to complete the season that was disrupted by COVID-19.

FIFA's international board, mindful of the strain on players' health as clubs try to condense the rest of the season in a short space of time, has allowed teams to make a maximum of five substitutions instead of the usual three in league matches, and one more in cup ties that go into extra-time.

The eyes of the football world were on Germany when the Bundesliga became the first major league to return to football in mid-May.

Two weeks and four rounds into the resumption of the competition; and the new ruling is being hailed as a success.

Nearly all teams availed themselves of the new ruling in most games although Bayern Munich coach Hans-Dieter Flick used all five subs only once, in Sunday's 5-0 thrashing of Fortuna Dusseldorf. 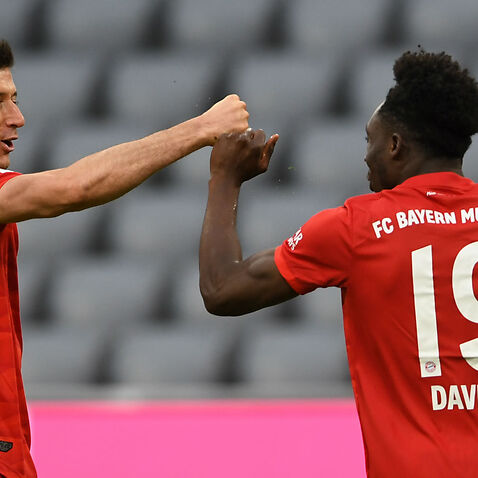 The flow of play across the league was unaffected mainly because the ruling stipulates that coaches can make substitutions only at designated times.

This is designed to avert the possibility of 10 substitutions being made separately, thus disrupting the rhythm of a match and making it look like one of those international friendlies with a procession of players coming on in the second half.

Other major leagues in Spain, England and Italy are scheduled to start in June and are expected to follow FIFA's lead.

On face value, this would appear to be good for the game's appeal because coaches will get more options to change the course of a match and will have fresher legs on the field for a longer time.

This obviously would make the game even faster and more entertaining.

From a player's perspective, the chances of them having to stay on the field with nothing left in the tank or with minor injuries because there are no more replacements will diminish considerably and, perhaps more importantly for squad morale, there would be fewer unhappy players by the end of a match.

Even coming on for a cameo appearance of 10 minutes is infinitely better than sitting on the bench and not getting a run, as any player would tell you.

The A-League will follow suit too after it included the subs' rule in the return-of-play protocols in preparation for the competition's planned resumption in mid-July.

"I think it definitely gives coaches more options during games if they want to change things physically or tactically.

"It is also good for the players as it lets more players be part of the matchday squad which can lead to increased playing minutes."

The players' union, Professional Footballers Australia, said: "any return-to-play protocols will consider recommendations from global bodies FIFA and IFAB and independent medical advice to ensure the safety and health of players.

"Data from returning leagues has shown a spike in injury so load management will be critical in ensuring players are not unduly exposed."

This FIFA measure might be seen as giving the richest clubs in any league an advantage because they can afford big squads, but Barcelona coach Quique Setien, for example, is uneasy for another reason.

He believes his side's renowned capacity to wear down the opposition with lots of possession will be tested by the rule allowing five replacements.

"I think it will harm us because of our way of playing," Setien said.

"We know that a lot of matches we will resolve in the final minutes. If you give the rival the option of putting on fresh players in that time, the weakness that is generated, with tired players, won't come about."