ANALYSIS: The 1970 FIFA World Cup final between Brazil and Italy may have been a mismatch, but that didn’t stop Pele from putting the finishing touch on a performance synonymous with the ‘beautiful game’.

WATCH our next of 10 FIFA World Cup classic matches - Matildas v Brazil from the 2019 Women's World Cup - Thursday May 28 at 2:30pm (AEST) on SBS and streamed via The World Game website / app and SBS On Demand.

Almost 50 years on, we still marvel at that masterclass in Mexico - one witnessed by the 112,000 supporters packed inside an atmospheric Azteca, and the millions more watching around the world.

Having enjoyed a journey to the final laden with goals, flair and little fright, Brazil harboured no fear of their Italian rivals and - within the first five minutes - they knew it too.

A loose Angelo Domenghini pass was pounced upon by Jairzinho, who then won his side a free-kick after Giacinto Facchetti failed to keep pace with the wily winger.

Playing a 4-2-4 formation, coach Mario Zagallo allowed forwards Rivelino, Pele, Tostao and Jairzinho to drift in and out of the final third, all in an attempt to pull their opposing defenders out of position.

The 'Total Football'-type tactic worked all too well against Italy’s flat back four, with full-backs Carlos Alberto and Everaldo finding space in behind with regularity.

Poor deliveries proved a let-off for the reigning European champions early on, who should have scored a certain goal 16 minutes into the first half.

That miss only spurred the South Americans on and, two minutes later, they had a goal of their own through their famous number 10.

Tostao’s quick throw-in was sent into the box first-time from Rivelino - creating what has since become an iconic moment in football history.

An incredible Pele leap, header and celebration sent supporters wild with delight as Brazil took the lead with their 100th goal in World Cup competition.

The 29-year-old’s athleticism trounced that of Tarcisio Burgnich, who was tasked with man-marking the unstoppable striker for the entirety of the contest.

Such a mission proved impossible from then on, as Pele took full control in arguably his best performance across all four World Cup campaigns.

And while a casual Clodoaldo flick-on allowed Italy’s Roberto Boninsegna to level proceedings just before half-time, it was merely a moment of respite from the worst yet to come.

Brazil, perhaps peeved by their first-half profligacy, returned to the second-half reinvigorated and in search of scoreline superiority.

Pele very nearly had his second following Carlos Alberto’s driven cross to the back post - as did Rivelino, who was given far too much space by an Azzurri outfit too cautious for their own good.

Despite fielding a 4-1-2-1-2 formation, Ferruccio Valcareggi’s men failed to close down their opponents in midfield, instead allowing the likes of Rivelino and Gerson to stroll their way towards the 18-yard box.

Such a tactic - non-existent in the modern game - was key in Brazil’s breakthrough goal 20 minutes into the second-half, with Gerson on hand to unleash a powerful strike beyond the outstretched Albertosi.

The goal felt like more of a formality in truth, and soon opened the floodgates for the Selecao faithful.

Burgnich, much like the first-half, could not contain Pele’s purposeful runs throughout the second stanza and, in the 71st-minute, it initiated Italy’s undoing once again. 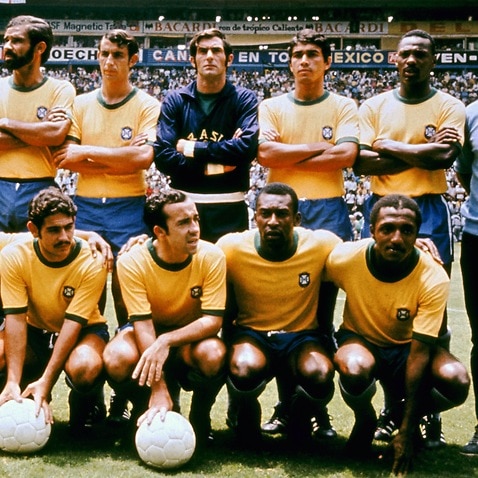 A raking cross-field ball to the back post from Gerson, beat the Inter right-back and found Pele, who then helped it back across goal for the ever-dangerous Jairzinho to bundle home.

Then, with the result well beyond doubt, Pele turned provider one last time for a goal born of a philosophy years ahead of his time.

Having received the ball on the edge of the box, and with several defenders bearing down on him, the Santos star fed the forthcoming Carlos Alberto on the wing, who then fired home to cement Brazil’s place in World Cup history.

A record-breaking third Jules Rimet Trophy greeted the full-time whistle, as did the hundreds of fans who spilled onto the pitch in celebration. 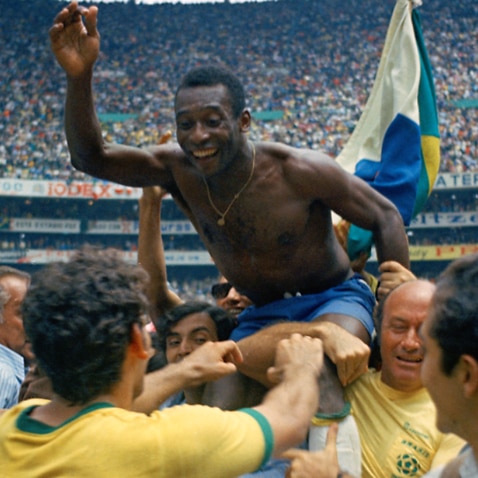 Unpopular Opinion: Pelé 'The King' does not deserve his crown

Pele, the man directly responsible for over half his side’s goals at the tournament, once again proved pivotal in the final, with his performance near-perfect in the 4-1 win.

Be it their semi-final exertions against West Germany, or Brazil’s downright dominance, Italy were no match for a side believed to be one of the best ever - boasting one of the greatest ever.

And though world football has since seen several surnames eclipse Pele’s personal exploits, his unprecedented three World Cup victories will forever remain a memory of his lasting legacy.