Football Federation Australia (FFA) is investigating after media reports alleged Wellington Phoenix players drunkenly stole a golf cart when they were supposed to be on lockdown in Sydney amid the coronavirus pandemic.

It is claimed two Phoenix players were stopped by police during the early hours of Tuesday morning when spotted driving the cart on a commonly used Sydney road.

One of the players is reported to have been arrested.

Phoenix had been based at an academy in Sydney to avoid quarantine measures upon returning to New Zealand, thus allowing them to play the remaining weeks of the A-League season, but following the competition's suspension on Monday, they returned home the following day. 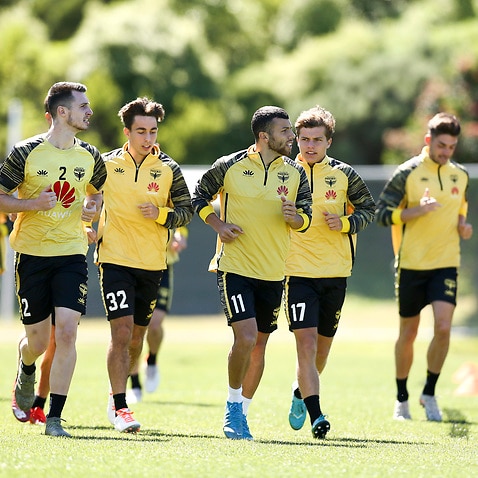 FFA confirmed knowledge of the reports on Wednesday and insisted it is looking into the allegations, though the identities of the players involved were not revealed.

A statement read: "Football Federation Australia (FFA) has been made aware of a report regarding two Wellington Phoenix players.

"FFA is investigating the matter, which is being taken very seriously.  If any misconduct is found to have occurred, FFA will be swift in taking action under the FFA National Code of Conduct.

"FFA is not in a position to comment further at this time."

The A-League is on hiatus indefinitely, though a further formal status assessment is scheduled to take place on April 22.

Rumour Has It: Man City won't try to sign Messi

Record-breaking Moukoko the biggest talent in the world, says Haaland

Ibrahimovic double lifts Milan back to Serie A summit