The FFA Cup will finally become a proper and credible knockout competition when it comes back from its coronavirus-enforced hiatus next year.

Football Federation Australia ought to be commended for giving the annual tournament a much-needed facelift to maximise its potential to capture the imagination of the football community.

The final stages of the cup will be on two stand-alone weekends and the winning team will be eligible to compete for a spot in the AFC Champions League via a qualification round.

Most importantly, however, the cup will be staged with an open format. The contrived system designed to ensure that a team from outside the A-League reaches the semi-finals, thankfully, is no more.

It's how knockout competitions are supposed to be and the FFA's decision to follow tradition has been received enthusiastically by all those who love nothing more than a giant-killing feat to enhance the uncertainty, fascination and romance of cup football. 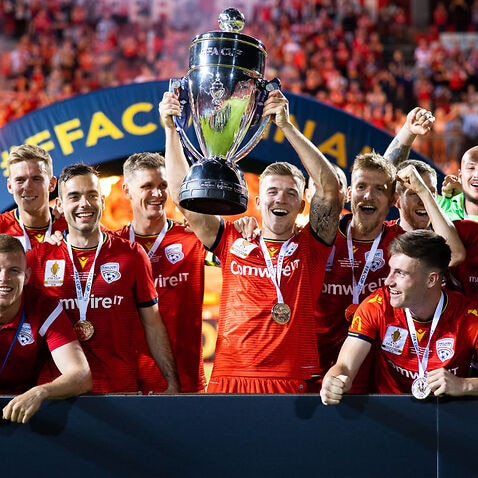 My only reservation about this development is the plan to hold the final at a neutral ground.

The FFA's idea is to build a 'football festival' around the stand-alone final co-funded by head office, the relevant association and the government. But it remains to be seen if Australian supporters would patronise such a match that could be hundreds of kilometres away.

This is nonetheless a concept worth exploring and, to be fair, it could well grow into a key part of our football industry and culture if promoted well and fans are presented with affordable packages should interstate travel become necessary.

One solution could be a two-legged final governed by the away-goals rule.

This way both finalists would enjoy strong home support, the stature of the event would be bolstered and television would have two finals to deliver instead of one.

I once suggested that the final of the competition - which could well become the Australia Cup by the time it returns in July - should be held in Canberra on a permanent basis, ideally on Australia Day.

Subsequent events, the sheer size of our country and the fact we do not have a 'Wembley' have made this idea rather impractical but there is no reason the final cannot be a two-legged affair.

If the first weekend is devoted to a semi-final on Saturday and the other on Sunday, why can't we have the first leg of the final on a Wednesday or Thursday and the return on Sunday?

It is unclear if the two cup weekends will be consecutive. The season's calendar is expected to be released shortly.

Western Sydney Wanderers drew a capacity crowd midweek for the first leg of the 2014 AFC Champions League final against Al-Hilal at Parramatta Stadium.

So did Adelaide United for the midweek return of the 2008 ACL final against Gamba Osaka at Hindmarsh Stadium.

Aussie fans traditionally do not like going to the football during the week for a plethora of excuses, but those two finals showed they would make an exception for special events ... like a domestic cup final, for example.

The previous FFA administration apparently held the not unreasonable view that Aussie fans expect every final to have a result and a winner, hence the governing body's reluctance to sanction a showdown for the crown in 'two instalments'.

There is no doubt that a one-off final is ideal but Australia's geography is problematic and getting from A to B can cost a lot of money.

The million-dollar question therefore is what's better: a quasi-guarantee of two well patronised finals or a one-off final that might not draw a decent crowd?

One would think that the new format is not yet set in stone and yesterday's announcement was just a 'feeler' to gauge public opinion ... so there might still be time for the FFA to explore the merits or otherwise of a two-legged final.

If it cannot or will not happen, so be it. We'll just have to support the competition in its entirety because the cup is one of the best things that has happened to Australian football in recent years.