Australian football fans have every reason to be nervous about the coronavirus catastrophe that came out of nowhere and brought the game to a halt at every level.

Football's resilience and ability to survive despite all the odds will be severely tested as it fights to overcome arguably the most serious crisis it has had to face in its long and chequered history.

What makes the situation even worse and more precarious is the fact that nobody really knows how long this vicious virus will continue to wreak havoc with our lives.

To put it bluntly, Australian football like everything else is at COVID-19's mercy and it has no idea when a ball can be kicked in anger again.

Football Federation Australia has postponed the A-League indefinitely and promised to review the status of the pandemic on April 22. 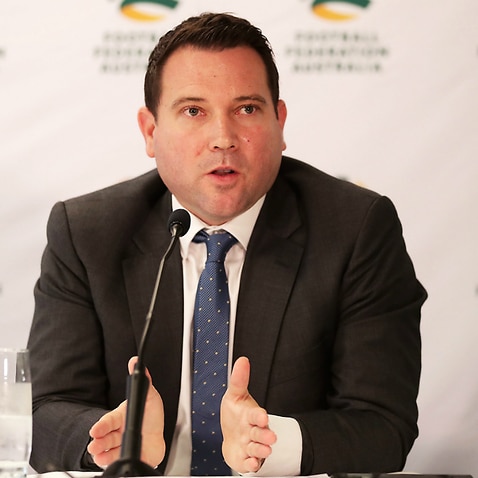 Yet the prevailing feeling across the country is that the virus's hold on Australia's way of life is such that the danger it is posing to us all will not disappear any time soon.

Which begs the million-dollar question: how long can the 11 professional clubs survive with little or no income from broadcasters, sponsors, gate takings and merchandise?

In a clear sign of the times, FFA has stood down 70 per cent of its staff and most clubs are expected to follow suit shortly just to stay afloat in such a violent maelstrom.

Owners who put $2m a year into a club, you see, will not keep doing this when no income is forthcoming. As in any other business, they will run the club on a bare minimum, hold tight and bide their time until things change.

Some clubs are also expected to stand down their players in a move designed to gain time but that would complicate matters because the move would constitute a breach of contract and players would be entitled to walk away and not be available when the competition resumes.

The serious ramifications of COVID-19 are not lost on even the more affluent clubs.

A high-ranking club official suggested that "if we're not back in business in six months we're finished."

And Sky Blues chief executive Danny Townsend admitted "we're in the shit and in survival mode, no doubt about that".

But it's not all doom and gloom. As we all know, hope traditionally springs eternal in Australian football's DNA.

It is to be pointed out that although the A-League clubs are reeling from a body blow that came out of the blue they are better placed than their counterparts in the other football codes because only a percentage of their revenue from television rights is outstanding.

"We have completed 80 per cent of our season compared to other codes who have only just started theirs so only a small part of the broadcasting money is at risk," Townsend said.

"The important thing now is to look after our cash and capital to be able to survive this crisis. If April 22 will be deemed too early to consider playing again we'll put everything back to May 22, for example."

"Football is not dead, it's just in a holding pattern," Fong said.

"Barring any more health and safety issues we will be back, absolutely, but it won't be football as we know it.

"The business model and relationships structure will change."

While Australian football at the top level tries to make sense of a series of events that has rocked it to its foundations amid moves for a complete revamp of the game, the fans at large await news on the sport they love with bated breath.

They also yearn for the day they start watching and talking about football once again.