Bernardo Silva tweeted a photo of Mendy as a child alongside a dated image from Spanish confectionery 'Conguitos' that has been condemned for its racist connotations, with the caption: "Guess who?" 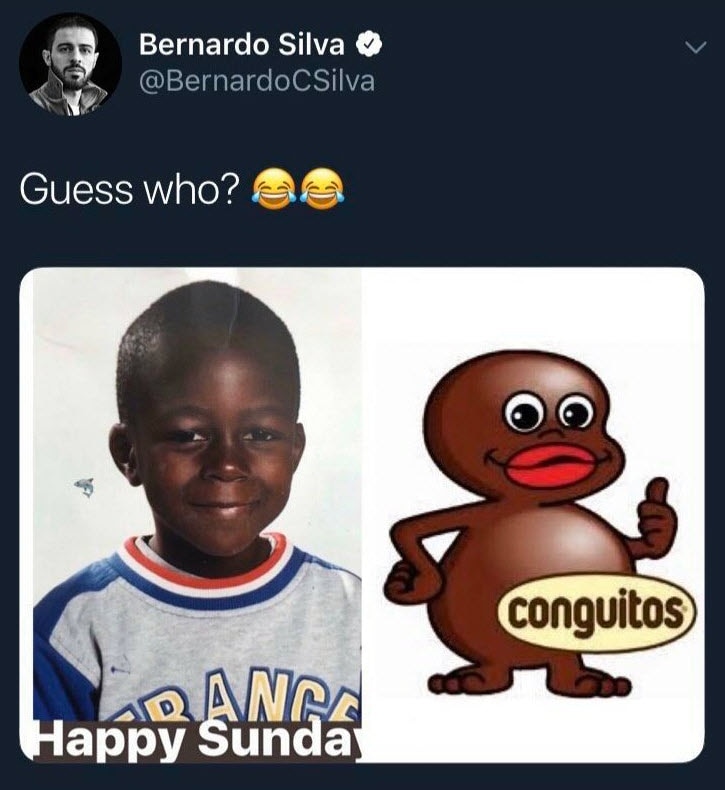 Mendy did not appear to take offence, replying with laughing emojis and a message saying: "1-0 for you will see", but other Twitter users were quick to point out the racist implications of Bernardo Silva's post.

The Portugal international deleted the entry before commenting: "Can't even joke with a friend these days…You guys…"

However, the FA will look into the tweet and the City midfielder could face punishment.

Bernardo Silva's post came less than 24 hours after he scored a hat-trick in City's 8-0 victory over Watford, which saw Mendy make his first Premier League start since April.