An extra-time goal and assist from Georgia Stanway sealed victory for the Citizens as they made it back-to-back Women's FA Cup titles.

Stanway had earlier been denied what looked a certain goal by Megan Finnigan's superb tackle, with Everton goalkeeper Sandy MacIver also pulling off a string of outstanding saves while Caroline Weir twice hit the woodwork.

City had hit the front through Sam Mewis' 40th-minute header, with Valerie Gauvin striking back for the Toffees, who were aiming to win the FA Cup for the first time in a decade. 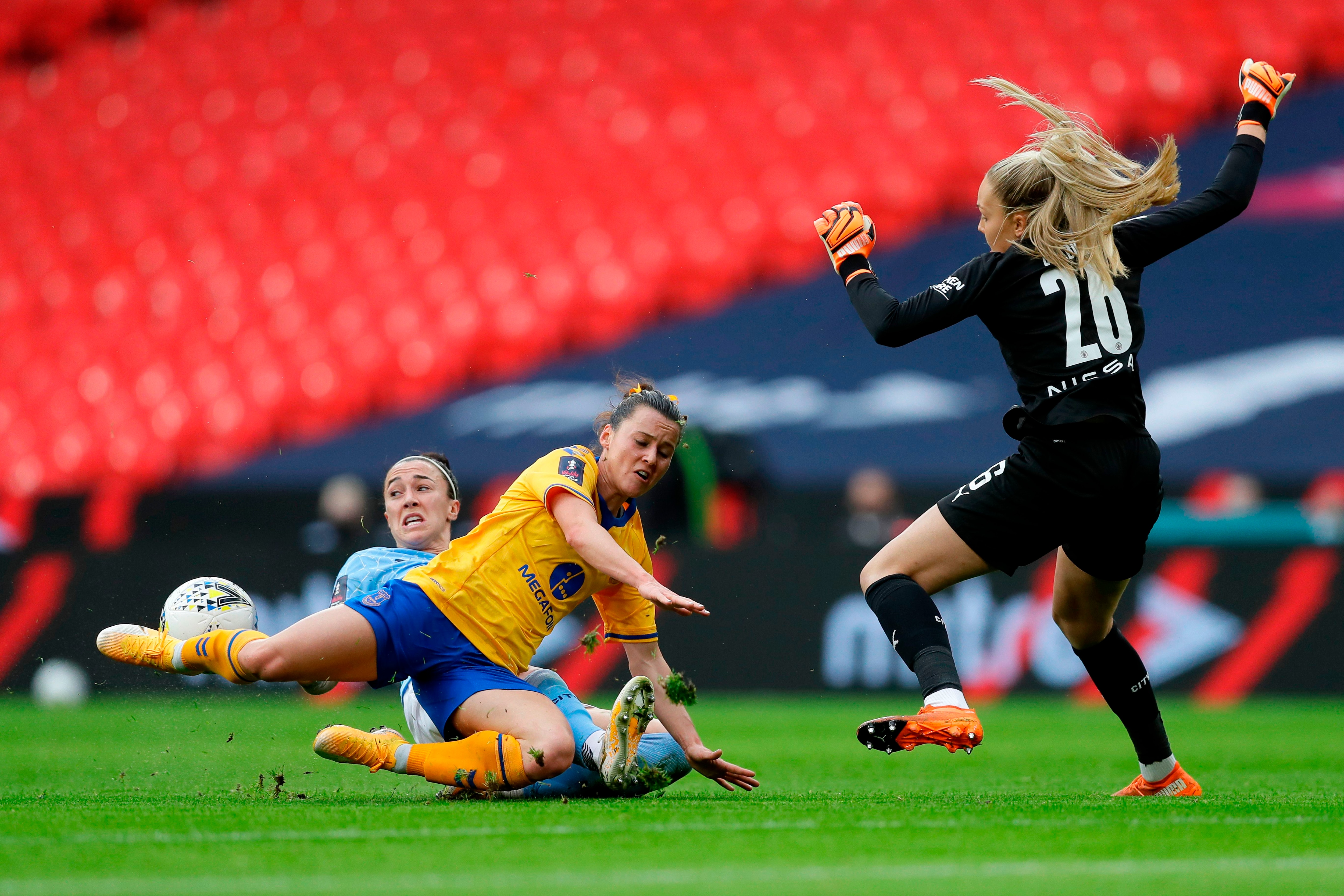 Though City started well, Lucy Bronze had to make a last-ditch challenge on Hayley Raso 15 minutes in, and the England star was perhaps fortunate to escape with just a booking.

Chloe Kelly saw a strike brilliantly saved by MacIver soon after, but City had the lead their possession warranted when Mewis headed in unmarked from Alex Greenwood's inswinging corner.

It looked like Gauvin would have to make way when she was caught by Steph Houghton, yet the France international played through the pain and got her reward on the hour.

Five minutes after City's Weir struck the upright, an inswinging corner caught out Demi Stokes, and Gauvin pounced to nod in from point-blank range.

With Gauvin missing a great chance to give Everton the lead, Weir blazed over from the centre of the area at the other end before rattling the crossbar with a looping effort as extra-time was required.

City picked up where they left off, with Finnigan making an outstanding tackle on Stanway and MacIver tipping Houghton's header from the resulting corner onto the upright.

Yet Stanway would not be denied again and, after racing onto Jess Park's pass, she squeezed a shot in off the right-hand post in the 111th minute, before she teed up Beckie to round off the win with the last kick of the game.