Over 100 travelling supporters were arrested across two days in Amsterdam, overshadowing an impressive 1-0 win for Gareth Southgate's side at the Johan Cruyff Arena on Saturday (AEDT).

There were clashes with police outside of the stadium while a minority inside the ground booed the home team's national anthem prior to kick-off. 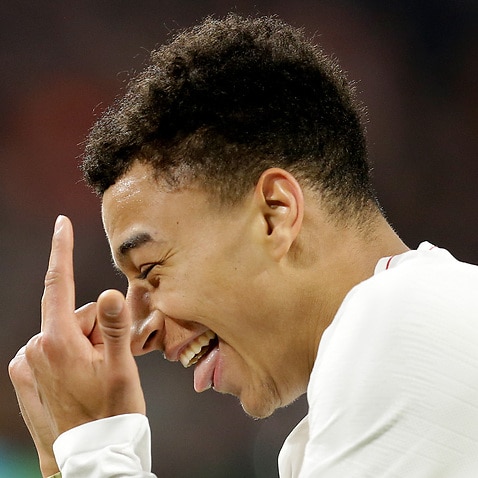 In a statement released on Twitter, the FA confirmed they will work alongside the UK Football Policing Unit in an attempt to identify those involved.

"We condemn the unacceptable scenes in Amsterdam. As was reiterated ahead of the fixture, we always urge supporters to respect our hosts and behave in a responsible manner," the statement read.

"As ever, the FA will work in partnership with the UK Football Policing Unit to help identify those involved and we will sanction any England Supporters Travel Club member found to be responsible for disorder."

Deputy chief constable Mark Roberts, the National Police Chiefs' Council (NPCC) head for football policing, believes the behaviour of a "large number" of supporters will have long-term ramifications for those wanting to travel abroad to watch England.

"The behaviour of a large number of England supporters was appalling. Any attempts to downplay it are wide of the mark," he said.

"The sad fact is that the drunken mob's behaviour reinforces the negative stereotype of England supporters, and will impact on the treatment all fans can expect when they follow the team abroad."

Jesse Lingard's maiden international goal secured victory for England, who are next in action against Italy on Wednesday (AEDT). Italy to name new coach in May, confirms Costacurta