A "demoralised" Erik Paartalu is being forced to train alone by Jeonbuk Motors coach Choi Kang-hee in a bid to force him out of the table-topping K-League club.

The shunned midfielder, who signed from Melbourne City on a one-year deal with an option for a second in February, is resting the temptation to accept a potential cut-price contract termination and is vowing to force his way back into contention – if he is given the chance. 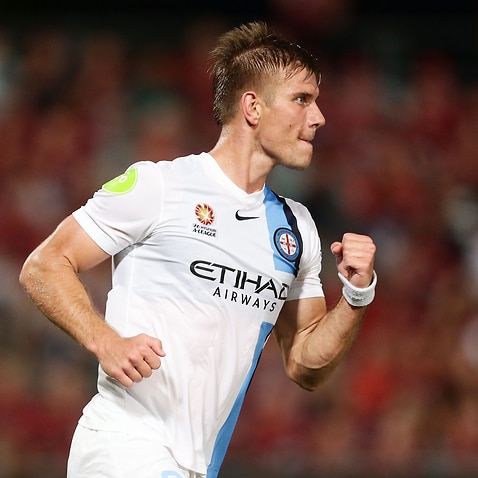 Paartalu has been on the outer since making a flurry of appearances on his arrival – six in all competitions – and, according to a source to close to player, is mystified by the treatment being meted out to him but he will continue to "remain professional".

However, with Jeonbuk a point clear at the summit after 15 rounds, Kang-hee appears in no mood to relent and Paartalu’s future at the club, the third he has played for in Asia, appears to be clouded at best in what has turned into a stand-off between player and coach.

"Erik is waiting on the club for their stance with his situation," the source said.

"He is happy to stay but at the moment he is training in isolation, which is demoralising.

"Nevertheless, he is keen to fight for his spot if given a genuine opportunity.

"At the moment he is unsure why this situation has occurred as has acted professionally since day one.

"He is training twice a day alone and feels the club are trying to force him out."

Kang-hee gave a strong hint as to why Paartalu is out of favour back in May when, speaking ahead of Jeonbuk’s AFC Champions League clash with Melbourne Victory, he said Paartalu needed to adjust to the speed of the K-League.

"He didn’t do anything wrong," Kang-hee said at the time.

"The A-League and K-League have different styles. The K-League has a faster tempo."