Australia goalkeeper Mat Ryan has attracted the interest of newly-promoted Brighton and Hove Albion as his long-term future at Valencia hangs in the balance.

Currently distinguishing himself on loan at Europa League-bound Belgium outfit Genk, the 25-year-old gloveman has come to the attention of Seagulls coach Chris Hughton as he seeks to beef up his squad for the promised land of the Premier League.

Current incumbent David Stockdale, 31, missed just a single league match during Brighton's romp back to the top flight for the first time in 34 years.

But it's understood Hughton, who led Brighton to a second place finish on the Championship, is looking to shake up the pecking order and has identified Ryan - who still has four years remaining on his Valencia contract - as a prime target.

While declining to identify Brighton as a suitor, Ryan's agent, former Middlesbrough striker Mikkel Beck, confirmed there had been enquiries on Ryan's availability from across Europe including from England.

"After Maty doing so well for Genk (after arriving on loan in January) there are clubs starting to show interest," he said. 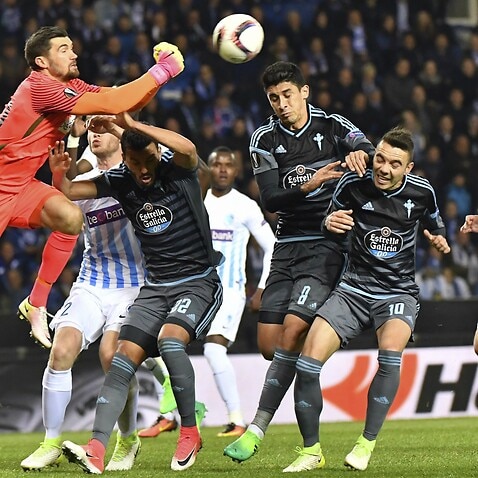 "He's a top goalkeeper and when everybody sees him doing it week by week they are going to come calling.

"That is natural and normal but we are not in discussions with those clubs at the moment because we first need to know what Valencia's intentions are.

"He has a few games left at Genk still and is just enjoying his time there.

"He was a bit rusty at first because he hadn't played much in half a year but now he's just getting better with each game and is back to top form.

"Mat's an all-round goalkeeper who can play anywhere, including England of course."

Though Ryan's priority is to reclaim the top spot at Valencia, Beck made it clear that unless he receives assurances on his prospects then he will be looking to play for football elsewhere next season. "Of course, we want some reassurance that he will go back and play at Valencia," he said.

"We need to solve that situation first and foremost before we can talk about him going somewhere else.

"What Maty wants is to be somewhere where he is playing, and his ambition and plan is to make that happen in Spain with Valencia.

"The Spanish league is the best in the world ... and it's where he wants to test himself.

"If that is not possible, then it's a case of 'where should we go then'?"

Beck reiterated, though, that Ryan's future is in the hands of Valencia, and they will have the final say on whether he stays, goes out on loan again next season, or is sold.

"As things stand, he is under contract at a club that wants him back and is not in the market officially," he said.

Brighton declined to comment when contacted by The World Game.