Former Australia captain Lucas Neil will not be allowed to return Down Under until after an investigation in to his finances, according to the British insolvency firm appointed to probe his financial affairs. 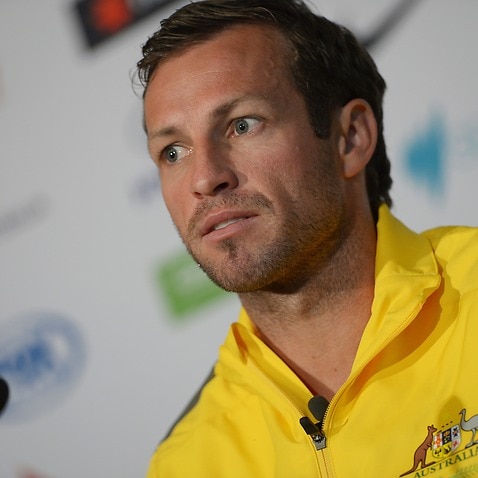 The bankrupt former star, who has kept a low profile in recent years, will be audited by London insolvency firm Begbies Traynor after he was forced to return to the United Kingdom last week.

Neill’s debts are believed to stem from a disastrous sting of failed investments across a portfolio including films, property and sporting enterprises.

However, Neill’s former agent Peter Harrison is confident his one-time client will bounce back.

"Lucas needs to get back out there and do a job in football as a manager or maybe a CEO-type role in a club,” Harrison said.

"He speaks well, is highly intelligent and gentleman who has invaluable experience to offer.

“We spoke not so long ago but he didn’t say anything to me (of his financial troubles).

"When you captain teams it’s for a reason. Lucas is a fighter and a winner, and he will bounce back from this.

"At least he hasn’t lost his money drinking or gambling like some players. Lots of players have invested all over the world and there have been some horror stories.”

Harrison, who brokered the most lucrative deal of Neill’s 20-year professional career - a $5 million per year switch from Blackburn Rovers to West Ham United in 2007 – was ironically involved a property deal in 2005 with Neill and current Sunderland boss Sam Allardyce that precipitated his own bankruptcy.

Harrison's own bankruptcy came after it was alleged that Allardyce lent Neill and himself $600,000 to develop Laverick Hall Farm in Gateshead into 14 homes.

Allardyce anticipated repayments of $1.1 million, plus interest, but wound up legal action in the High Court four years later against the pair to get his cash.

But Harrison has a different slant on events.

“Lucas and I had some land, Sam invested in that, Lucas also owned a barn, which needed converting, which was derelict and next to that land. People confuse that with us getting a loan from Sam Allardyce,” he said.

Harrison claims Neill, who made 96 appearances for Australia before being jettisoned by coach Ange Postecoglou ahead of the 2014 FIFA World Cup, was cut loose prematurely.

"I think he was great ambassador for Australia he could have done a job at the last World Cup ... whatever part that may have been with his leadership qualities," he said. Harrison has seen the consequences that can afflict players and their families when financial investments turn sour.

“When players finish up, they sometimes end up getting divorced," he said.

"If they haven’t saved well and the wives and families are used to turning left when they board an airplane then things can deteriorate fast," he said.

“Families can break up with pressure when the lifestyle is taken away.”