Former Arsenal manager Unai Emery is reportedly in talks to take over the reins at Villarreal after the Spanish club parted company with head coach Javier Calleja on Tuesday (AEST).

Emery was sacked by the Gunners in November last year and been hunting for a new role since.

And Spanish newspapers Marca and AS have reported he has signed a pre-contract agreement to coach the Yellow Submarine next season.

Calleja was initially appointed in September 2017 and in post until December 2018, with the side just three points above the relegation zone. 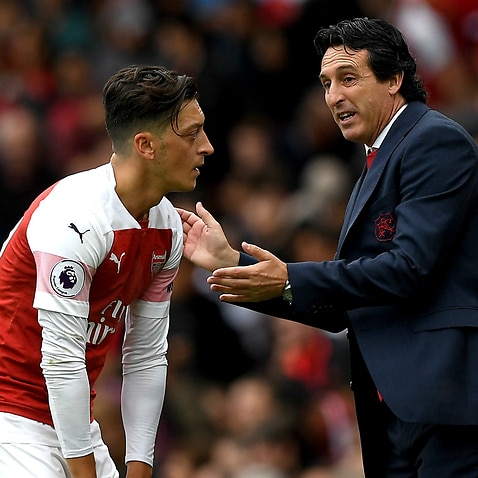 Villarreal dramatically improved on last term's 14th place in La Liga to finish fifth this season and qualify for the UEFA Europa League.

"The Yellows would like to thank him for his hard work, dedication and professionalism during his time as first-team manager and wish him the best of luck in his sporting career," a statement said on the official Villarreal website.

Meanwhile, Leganes have parted ways with their coach Javier Aguirre following their relegation from La Liga.

Leganes, who took the relegation battle to the final day, suffered the drop following their 2-2 draw with title winners Real Madrid on Monday (AEST).

"C.D Leganes and Javier Aguirre will not continue to be together after the end of the 2019/20 season," the club said in a statement.

"The club wants to thank the Mexican manager for his work in the last months in which he managed to take the team one goal away from the survival."

Aguirre, 61, was hired in November when Leganes stood at the bottom of the table and led them to seven wins during his 26 games in charge.