Aston Villa's home match against Everton has been postponed because of a COVID-19 outbreak at the Midlands club, the Premier League says.

Villa's entire first-team squad and support staff have been in isolation since last week after 14 positive cases of coronavirus were reported at the club.

Dean Smith's side was scheduled to face Tottenham Hotspur on Wednesday but the fixture was pushed back until later in the season, with Fulham stepping in to fill the gap in the fixture list.

"Following the rescheduling of Villa's fixture against Tottenham Hotspur, which was due to be played last night, a significant number of players and staff remain in isolation," the league said in a statement on Thursday.

"As a result, the Premier League Board has agreed to Aston Villa's request to postpone their match on Sunday." 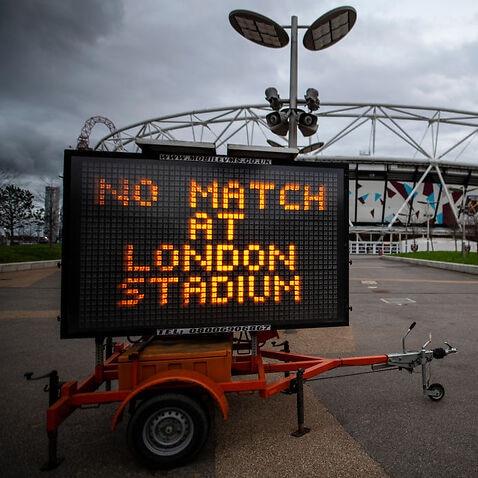 Villa said players and staff who are healthy were expected to resume training on Sunday when they finish their period of isolation.

Newcastle United's postponed game at Villa has been rescheduled for January 23.

The fixture, which was due to take place at Villa Park on December 4, was called off due to a COVID-19 outbreak at Newcastle's training centre.

Atalanta great Gomez leaves for Sevilla after falling out with Gasperini