Carlo Ancelotti has won the Premier League's Manager of the Month award for September after guiding Everton to the top of the table.

The Italian got the nod after it was announced Toffees striker Dominic Calvert-Lewin had earned the Player of the Month honour.

It comes after a month in which a revitalised Everton, bolstered by the arrival of James Rodriguez and Calvert-Lewin's stunning form, won all three top-flight matches. 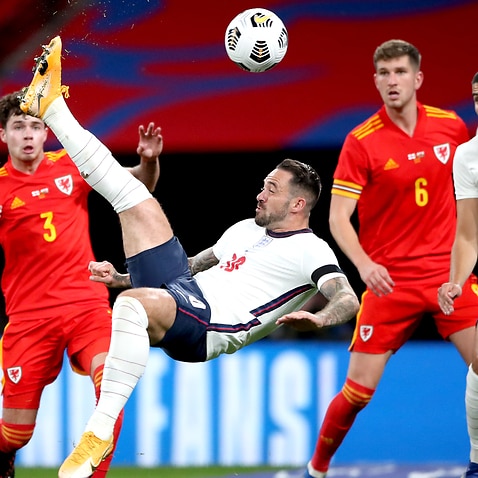 James strikes twice to send Everton top of the table

After winning 1-0 at Tottenham, Ancelotti's men thrashed West Brom 5-2 and then sealed a 2-1 victory at Crystal Palace.

"It's a great achievement. I have to share with my team and my players," Ancelotti said, with his side hosting Merseyside rivals and champions Liverpool after the international break.

"We've started really well and we hope to continue it and to win this award again."

It is the fifth time he has won the prize, having done so four times with Chelsea.

Everton's promising start has been fuelled in large part by Calvert-Lewin's goals, with six to his name in the league already at a rate of one every 57 minutes.

That return earned the 23-year-old an England debut on Thursday, during which he scored the opener in a 3-0 win over Wales at Wembley.

Ancelotti has set his sights high, with a push for Europe his top priority after starting the season with seven wins on the bounce in all competitions – the first time they have achieved that feat since 1894-95.

"We worked well in the transfer market. We signed players that we need and they've adapted really fast," the 61-year-old said.

"Our target is to reach Europe next season and to stay at the top for as long as possible."

The win over Brighton and Hove Albion last time out marked Ancelotti's 100th Premier League game in the dugout and his 60th victory.