Everton manager Ronald Koeman insists progress in the UEFA Europa League is high on his agenda as the Toffees wait to learn their play-off round opponents.

Koeman has guided Everton to within one step of the group stage after their 2-0 aggregate victory over Ruzomberok in the third qualifying round.

Dominic Calvert-Lewin scored the only goal of the second leg to go with Leighton Baines's winner at Goodison Park last week.

Everton have spent heavily over the off-season and Koeman, who was most recently dumped out at the play-off round while with Southampton two seasons ago, is keen to see that investment rewarded with a European run. 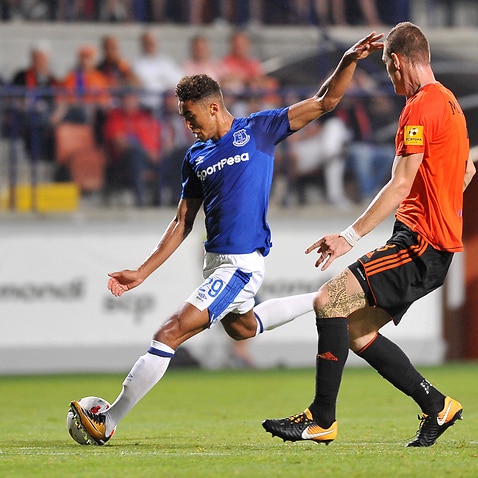 "This competition has always been important for me," he said.

"I like to be in Europe - it's important for our experience. It's good for the club, the players and the fans.

"It's not easy to reach the group stages but we will do everything to get there."

While Everton were largely disjointed in their win at the Stadion pod Cebratom, Calvert-Lewin's classy second-half strike did provide another positive ahead of their season-opening Premier League clash with Stoke City next weekend.

Koeman believes the England Under-20 international has the tools to flourish this season.

"Maybe Dominic feels a bit more comfortable as one of two strikers," the Everton boss said. "He's strong, he's fast and he scored a great goal.

"It was a physical game and 90 minutes that the players needed. We are through to the next round and I'm really happy."

The draw for the Europa League play-off round will be conducted in Switzerland on Friday.