Last week in this space I wrote about the expanded, 48-team FIFA World Cup and how the change will impact on the tournament, football in general and on Australia.

Since then two developments have emerged.

One is that the notion of Australia seceding from the Asian Football Confederation and re-joining Oceania has entered the conversation.

The argument is based on the supposition that Oceania will now get an automatic spot in the finals and, therefore, qualification for Australia every time will be almost guaranteed.

This would be absurd, in my view.

Would any of us really like to return to the old days when the Socceroos had to test themselves against the likes of Vanuatu, American Samoa, Fiji or even New Zealand on the qualifying road?

Would we swap the likes of Japan, South Korea, Iran and Saudi Arabia as World Cup hurdles with this lot? Would we bring back the blockbuster games against New Zealand, of which there many but none of which was a box-office success.

Australia’s current qualifying path, through Asia, is not as tough as it once was when Argentina or Uruguay would cross our team’s path. But it’s not easy either, guaranteeing truly competitive contests to test and toughen up the team enroute to the finals. These are the best fruits that our integration into the AFC has delivered. We should keep them.

Indeed the move to a 48-team World Cup, and the extra places the AFC will be given, will strengthen our place in the AFC.

There have been some dissenting voices within the AFC, particularly in West Asia, who have not been great fans of Australia being a member. They based their objection on the supposition that Australia, which technically is not part of Asia but a separate continent, potentially takes a World Cup finals spot away from a genuinely Asian nation.

This fear, with as many as four or even five probable places allotted to the AFC, will go away and the dissenting voices will be silenced.

The other development that will impact on Australia’s future is the decision by the Chinese Super League to reduce its maximum foreign player quota allowed per club.

This, too, has been brought about by the decision to expand the World Cup. The Chinese, eyeing the prospect of hosting the 2034 World Cup, want to be a truly competitive nation by then and are embarking on a mission to develop quality players. They see the foreign player numbers as hurdles to this goal. 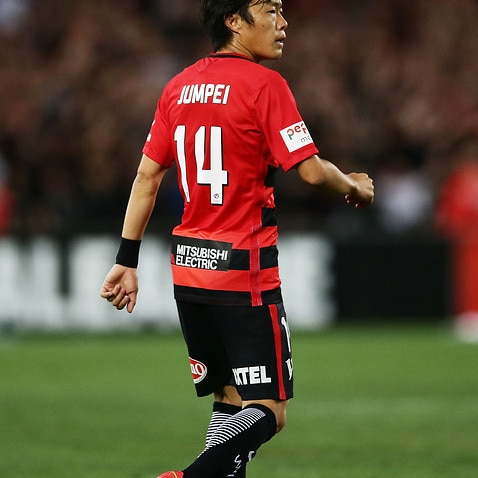 Currently teams in the CSL are allowed to use five imported players, one of whom has to be a national from an AFC member country (the so-called 4+1 rule).

That quota will now be reduced to a total of four foreigners, one of whom will have to be an AFC national (3+1). And under the new rule only three foreigners per club can take the field at the same time. Additionally, players substituting a foreigner will have to be Chinese and all goalkeepers must also be Chinese.

Critically, there will be no compulsion placed on the clubs to sign an AFC player. They can simply sign three non-AFC foreigners and not pursue a fourth foreigner.

Plainly this means that the demand for Australian players will be vastly reduced. Already the pending transfers of James Holland, from Adelaide United, and Robbie Kruse, from Bayer Leverkusen, both to Liaoning Whowin, have been put on hold.

I am not distressed by this development, although sympathetic to Australian players whose China gravy train will come to a stop.

We could never begrudge Australian players moving to the quality European leagues because they thereby became better players. But this cannot be said of players moving to China where the playing quality, despite the money and the foreign mega-stars, is not high, perhaps not even as high as the A-League.

If, for example, Robbie Kruse is surplus to requirements at Leverkusen, I would rather see him come home and back to the A-League.