Mehmet Durakovic is heading back to Australia after nearly seven years coaching in Malaysia but has not been prompted by a potential return to Melbourne Victory.

Durakovic is returning home after three and half seasons in charge of Malaysian Super League club Perak, which yielded a Cup title in 2018 and a Cup final appearance in 2019, and three successful seasons at Selangor before that.

The former Socceroo spent four years at Melbourne Victory from 2008 to 2012, firstly as youth team coach, then as caretaker and in June 11 as permanent first-team boss after Ernie Merrick’s sacking.

Durakovic has decided to come back to Australia next month, but says his return is not motivated by any possible roles in the A-League, and is purely down to family reasons. Socceroos Greats - Where are they now: Mehmet Durakovic

“To be honest, last year was a really, really hard year without my family,” he told The World Game. “That COVID really hit hard last year.

"I managed to get over that, went back to Australia for a while. Then I came back to Malaysia. [But] It was a bit rough.

“With the COVID situation here… I thought go and see the family and have some time off. I’ve really missed my family. It’s lonely.

"I said to the board I’d like to go back to Australia. We all agreed it was the right thing to do.”

While COVID-19 has largely been kept under wraps in Australia, in Malaysia there has been 286,000 total cases and 1062 deaths.

The 2020 Malaysian Super League was cut to just 11 games because of the pandemic, and the 2021 campaign has already been pushed back but at this stage is expected to start on March 5.

Durakovic managed to win the Malaysia Cup with both Perak and Selangor as a coach, while also leading Selangor to second-place finishes over successive seasons. 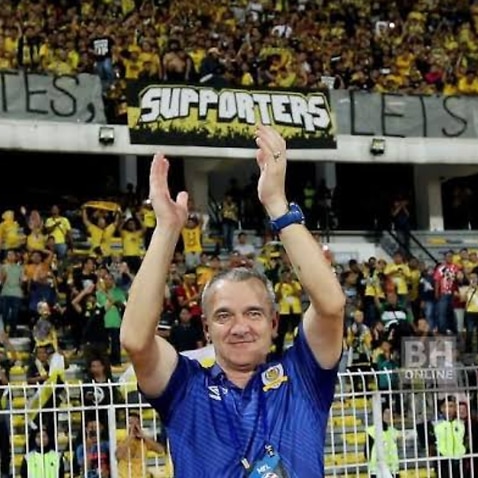 The Socceroos great is a much-loved figure in the south-east Asian country after playing there in the mid-1990s.

“I’m really, really happy with everything that I’ve done here,” the 55-year-old admitted.

“I’m the longest-serving foreign coach in Malaysia. It’s nice when you win things and appreciate things that people do for your there.

“They’re very hospitable and passionate about football. Now it’s time to recharge the batteries and see what happens.”

Durakovic says he has not given any thought to any future coaching roles in the A-League or NPL, and is no rush to find a new job.

Current Victory boss Grant Brebner is under pressure after a poor start to the season that has yielded just one win from their first seven matches this season.

“We’ll see, I’m not thinking about it,” Durakovic said. “I just want to enjoy, go home, relax and have fun.

"Whatever happens next, we’ll see later on. I’m not in a rush to be honest. I just want to have a break and see what happens, maybe come back here [to Malaysia].”