Landon Donovan, widely considered the most accomplished American player in history, is coming out of retirement for the second time in three years, this time to join Club Leon in Mexico.

Donovan will play for Leon in the Mexican Clausura tournament, although more details on his signing were not provided.

Donovan has spent the past three days in Leon, raising speculation that he might join the club.

"I loved the city, Leon is an historic and winning team," Donovan wrote in Spanish. "I don*t believe in walls, I want to go to Mexico, dress in green and win tournaments in Leon. See you soon." 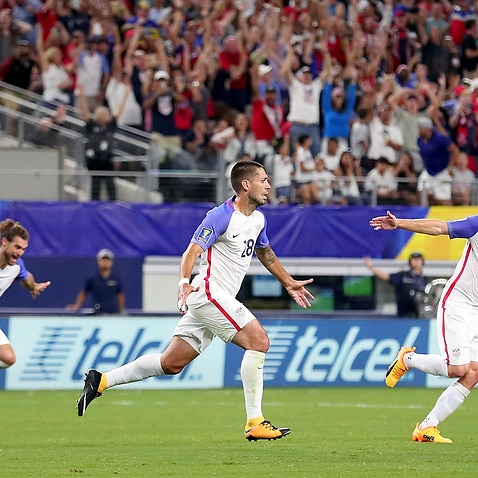 Donovan is the third player signed by Leon for the Clausura tournament along with Argentinian Emanuel Cecchini and Jamaican Giles Barnes.

The 35-year-old is the career scoring leader in Major League Soccer and for the U.S. national team.

He returned to the LA Galaxy of Major League Soccer in September of 2016 following a 21-month retirement and appeared in nine games. He hasn't played professionally since Nov. 6, 2016.

Donovan played in three FIFA World Cups: South Korea and Japan 2002, Germany 2006 and South Africa 2010. He also played in six Gold Cups and won four titles. He scored 57 goals playing for the U.S. team and 145 in the MLS.

Donovan has done broadcast work since retiring and was rumored to be considering a run for U.S. Soccer Federation president. Donovan announced in November that he would not seek the position.