The hopes and aspirations of an entire continent fell upon Japan on Tuesday morning (AEST) at the 2018 FIFA World Cup – and for a fleeting moment, it appeared as though Asia would have representation in the quarter-finals for the first time since 2002.

Alas, as the Samurai Blue saw their 2-0 lead evaporate and then condense into a 3-2 loss to Belgium, it not only signaled the end of their tournament but of Asia’s participation.

For the first time since 2006, there is no Asian, African or North American representative in the final eight.

Although a somewhat damning indictment on football’s “new world”, given the inordinate number of powerhouses already eliminated, perhaps it’s a sign that Europe’s second tier is strengthening.

This is not hugely surprising, due to a number of key factors. The recent expansion of the European Championships to 24 teams has propelled the tournament-readiness of all Europe, likely to be accelerated further by the UEFA Nations League.

Added to the enhanced flow of players and information around Europe, talent from previously far-flung destinations is more rapidly circulated to the top of the sport.

In turn, they boost their national teams. The Real Madrid-trained Denis Cheryshev, a star of this tournament, is a prime example.

But Asia can leave this tournament with its head held high – or at least much higher than in Brazil 2014, where five nations went to South American and not one came back with a single victory.

It was a terrible result, one used in arguments by critics as a rationale to weaken Asia’s influence.

The answer, whilst not totally emphatic, has been much stronger and there is great scope for progress at future tournaments.

Victories over iconic European, South American and African teams were achieved, much to the surprise of those who believed Asia was simply here to make up the numbers.

Clearly they were not. Equally apparent is that much remains to be done.

With that in mind, let’s look at how the five Asian teams fared at the 2018 World Cup.

The pick of the Asian nations returns to the peak with a vengeance and while it did end in heartbreak, they can be proud of making it to the second round.

They defeated Colombia, despite playing with an extra man for most of the game and although they lost to Poland in the final group match, they opted not to push for the win, instead trying to avoid a yellow card.

Akira Nishino's side also drew with the dangerous Senegal.

Down as they will be feeling, it’s been a month to restore hope and pride. They also unearthed an unexpected hero, 30-year old veteran Takashi Inui.

Widely favoured by many as the team to beat in the 2019 AFC Asian Cup in the United Arab Emirates, Iran didn’t disappoint in a very difficult group at this World Cup, defeating an excellent Moroccan side.

Whilst it’s true that they defended incredibly deep against Spain, and often against Portugal, they showed they have steel at the back.

That could be critical, given Karim Ansarifard, Reza Ghoochannejhad, Mehdi Taremi and Sardar Azmoun will get way more opportunities at the Asian Cup, where much-loved boss Carlos Queiroz is sure to remain in charge.

Fair to say that Korea’s tournament didn’t get going until injury time in their final group stage match against Germany, grabbing two late goals to secure a win that will be talked about for decades to come.

They weren’t great otherwise, failing to measure up against a tough group that also included Sweden and Mexico. Almost certainly the poorest Asian nation, Saudi Arabia missed the discipline of Bert van Marwijk and they were brutally exposed in the 5-0 defeat against Russia on the opening night.

They were also no match for Uruguay but the win against Egypt eased some embarrassment, even if it was a dead rubber.

Certainly a far cry from the team that was so good in World Cup qualification. Manager Juan Antonio Pizzi just doesn’t seem the right fit.

The only Asian nation not to win a game, it’s difficult to know what the Socceroos gained from their trip to Russia.

A strategy of containment worked well against France but they failed to punish Denmark and were overwhelmed by Peru. 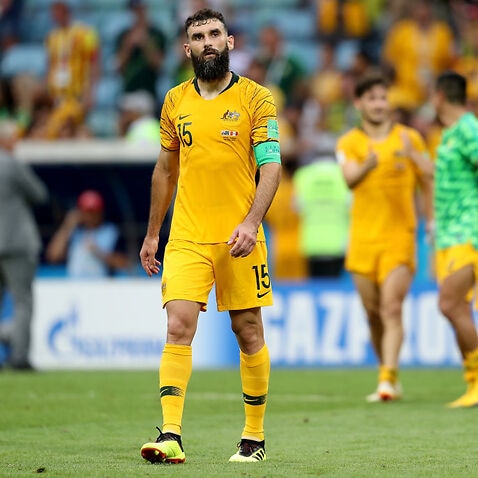 The van Marwijk era has received mixed reviews for his selections, strategy and substitutions – and it's hard to make a case in his defence.

Graham Arnold has a mighty job to get them in contention for the Asian Cup, but at least Daniel Arzani's wonderful cameos and Trent Sainsbury's lion-hearted defending stood out.