Matt Derbyshire started out a fascinating career as a promising English Premier League striker for one of the world’s oldest teams.

He may just finish on the opposite side of the planet helping one of the newest become a force to be reckoned with.

Macarthur United, preparing for a first A-League season, will surely have few regrets at signing this former England U-21 star

I must point out some conflict of interest. We are both from Blackburn and both fans of Blackburn Rovers. The connection between the three-time English champions and Australian football is strong thanks to Brett Emerton, Lucas Neill, John Filan, Robbie Slater, Vince Grella as well as Rob Cornthwaite (we don’t need to mention Robbie Fowler’s spell at Ewood Park). Now Derbyshire is down under.

Once touted as the next big thing as he burst onto the English Premier League early in the 21st century. While that promise may never have been quite fulfilled, he still has what it takes at the age of 34.

A non-league sensation at the mighty Great Harwood, he was snapped up by the club on his doorstep, Blackburn.

Under Mark Hughes - who was then forging himself a reputation as a fine young coach - Derbyshire became one of the league’s most promising strikers.

His brace at Luton Town in January 2007 (with an assist from former Socceroo Brett Emerton) made fans sit up and take notice.

“My earliest recollection is of his breakthrough against Luton in the FA Cup,” Ian Herbert of BRFCS.com and Accrington Observer columnist told The World Game. 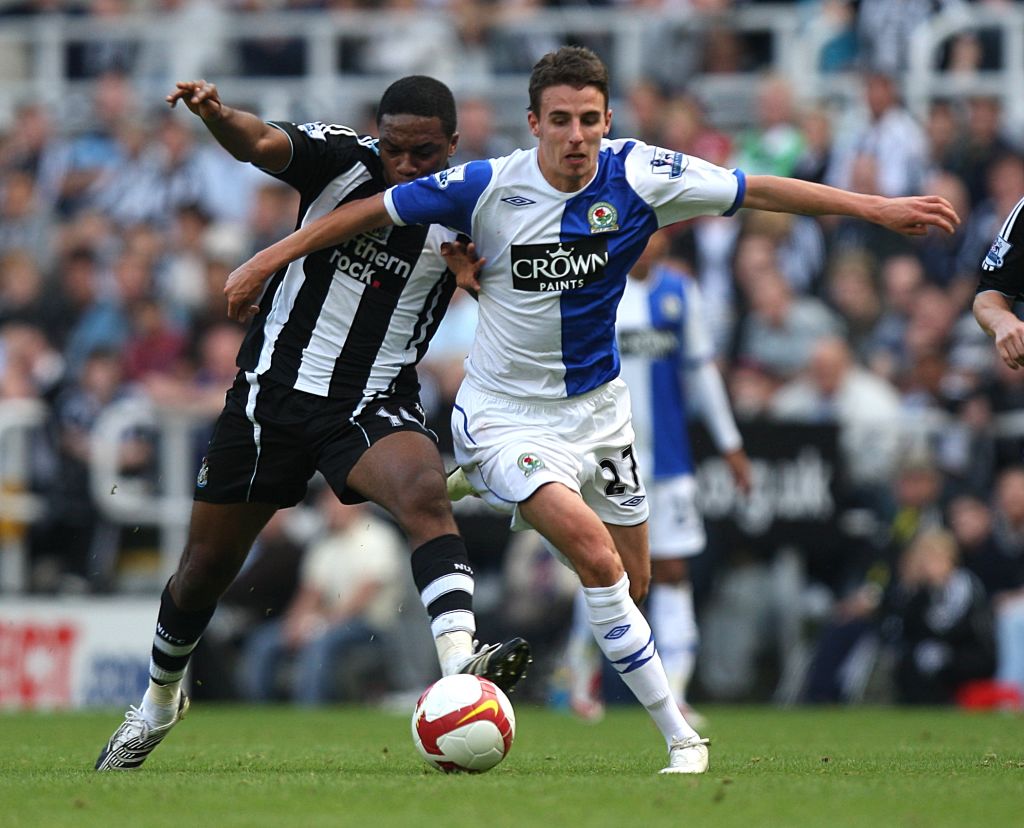 “I thought he had something for sure and could go on to be a mainstay of the Rovers attack. He struck me as a penalty box predator type of player...more Gary Lineker than Alan Shearer.”

The departure of Hughes to newly rich Manchester City was a blow for the striker. After the short - and best forgotten - spell of replacement Paul Ince, Sam Allardyce arrived and his robust style didn’t suit the player. It looked as if the player failed to impress the manager.

“When Hughes left, that seemed to affect his chances,” said Herbert. “Allardyce didn’t seem to have any faith in him. He gave the ball away and cost a goal at Ewood in a game against, I think, Manchester City and that seemed to be the end for him at Rovers.” He scored 20 goals for the Premier League club, not bad considering there were only 31 starts.

A hard-working, composed forward, Derbyshire may not have been able to hold down a regular spot but then he was up against international star strikers Roque Santa Cruz and Benni McCarthy.

It is to his credit that he did what not enough young English players do - go overseas, to the biggest club in Greece to boot. Playing for Olympiakos in front of huge crowds and in the UEFA Champions League means that pressure should not be a problem.

“When he went to Olympiakos on loan I hoped it would pep him up and he would come back raring to go but it wasn’t to be,” added Herbert.

“He is generally well thought of, he never said anything to upset anyone at Ewood, even when he left and I think almost all Rovers fans were pleased to see his overseas success give him some reward for his efforts.” There were then stints in the Championship for Nottingham Forest and Rotherham United where he helped the club survive in England’s second tier with a late-season rally under coach Neil Warnock.

“He blossomed under Warnock's style of play in 2016 when 20 points were taken from eight matches,” said Rotherham fan Andre Hewitt.

“He scored four in those games including the winner in a 1-0 win at Sheffield Wednesday. Rotherham consequently stayed up from an unlikely previous position. Fans, who he had won over with his tireless never-say-die performances, were sorry to see him go after that and they went down the next year.”

In 2016 he ventured south for another Mediterranean spell to join for Omonia in Cyprus, where he has averaged more than a goal every other game.

Still just 34, Derbyshire has been about a bit but has played at a good level throughout his career and played with passion, determination and with the ability to find the net. Under the right coach, this well-travelled striker surely still has the knowhow to give this newest of teams a cutting edge.