Memphis Depay and Georginio Wijnaldum were in fine form as they inspired an easy 3-0 win for the Netherlands over North Macedonia on Monday, as the Oranje scored two goals in 10 successive games for the first time ever

Frank de Boer's men were already confirmed as Group C winners and their opponents' Euro 2020 campaign was over regardless of the result in Amsterdam, and although North Macedonia put up a spirited fight, the Dutch outclassed them in the end.

A thrilling first half saw the Netherlands under pressure in spells, with Ivan Trickovski having a goal disallowed and Aleksandar Trajkovski hitting the upright, though the Oranje looked sharp going forward and went ahead through Depay.

The new Barcelona signing then teed up Wijnaldum to make it 2-0 and also played a major role in the latter's second of the day, as the Netherlands won all three group stage games at a European Championship for only the third time.

An agonisingly tight offside call that was verified by VAR denied Trickovski an early opener as he went fractionally early to reach a flick from Goran Pandev, making his final international appearance.

Pandev's ingenuity wreaked havoc again in the 22nd minute, a clever lay-off teeing up Trajkovski whose 20-yard effort crashed off the post.

But two minutes later it was 1-0 to the Oranje, Donyell Malen squaring to Depay for an easy finish at the end of a rapid breakaway that started with Pandev being clattered by Daley Blind.

The Netherlands' dominance resumed after the interval, as Depay passed across the face of goal for Wijnaldum to tap home.

The Paris Saint-Germain midfielder then got his second on the rebound after Depay had been denied at the end of an incisive move, before substitute Wout Weghorst hammered against the crossbar.

Pandev was withdrawn with the game beyond North Macedonia in the 69th minute, his team-mates giving him a guard of honour as he trudged off into international retirement, and their final chance for celebration was taken away as Darko Churlinov's well-taken goal was wiped out for offside. 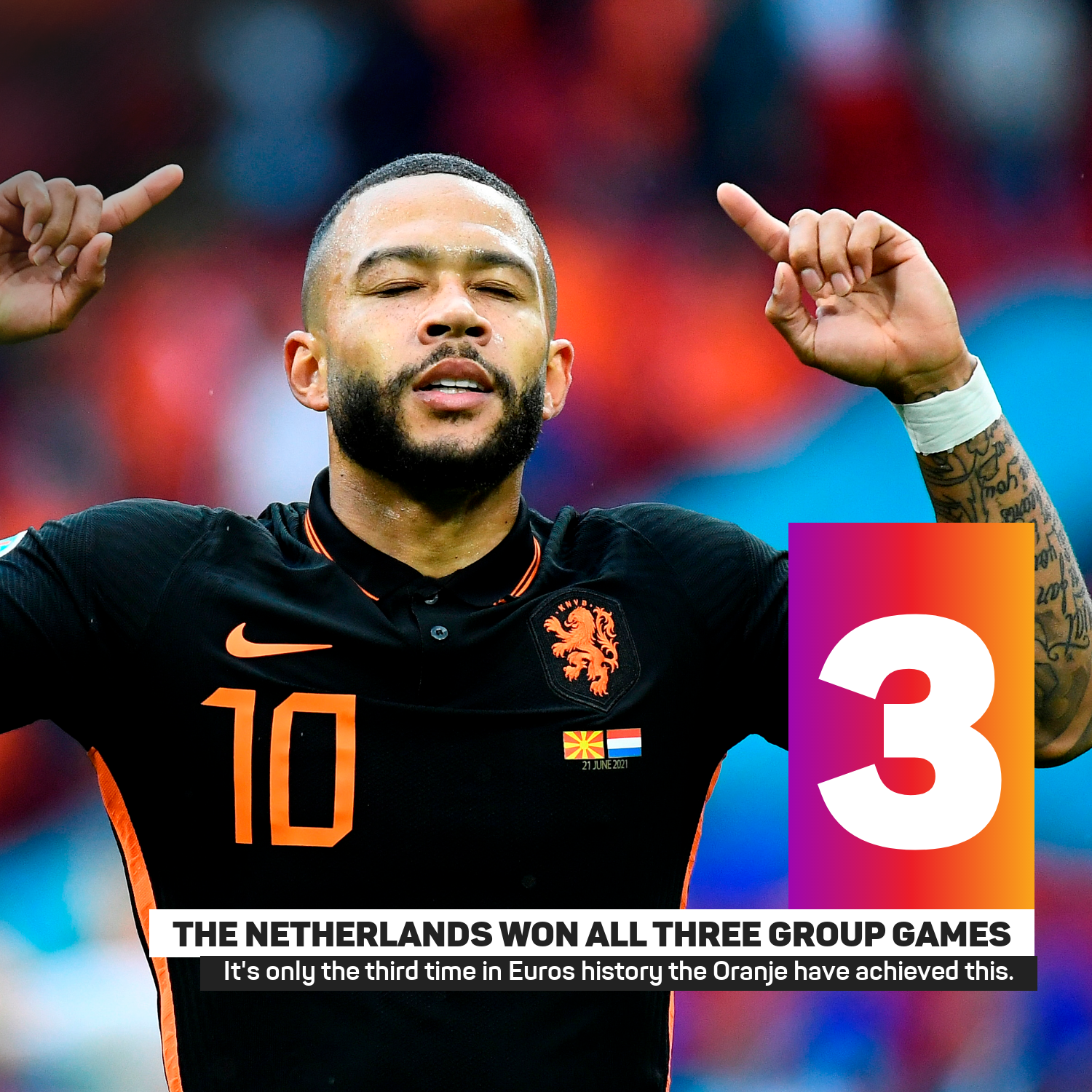 What does it mean? The Netherlands show their class but doubts remain

There have been times in Euro 2020 – including in this match – when the Netherlands have arguably played the best football on display. For all of the pre-tournament sneering at De Boer, his men have, largely, dealt well with their group phase.

But it still feels a little early to have a comprehensive idea of just how far they will go. After all, most would have expected them to comfortably beat North Macedonia, and they did have a brief wobble against Ukraine.

There is a real possibility that they could get one of France, Germany or Portugal in the next round. Either way, the Dutch will entertain whoever they face.

There was very little wrong with Depay's performance here. The forward got the scoring started with a smart finish and then had a hand in both other goals, including an assist for Wijnaldum's first.

That made him only the second Dutch player to score and set up a goal at both the Euros and World Cup after Wesley Sneijder.

While the fact North Macedonia are only the third team to lose their first three matches at the Euros after Turkey and Denmark, they leave Euro 2020 with their reputations enhanced, as does captain Pandev.

The Netherlands presented him with a commemorative Oranje jersey before the game and he certainly showed hints of his talent throughout before an emotional substitution. 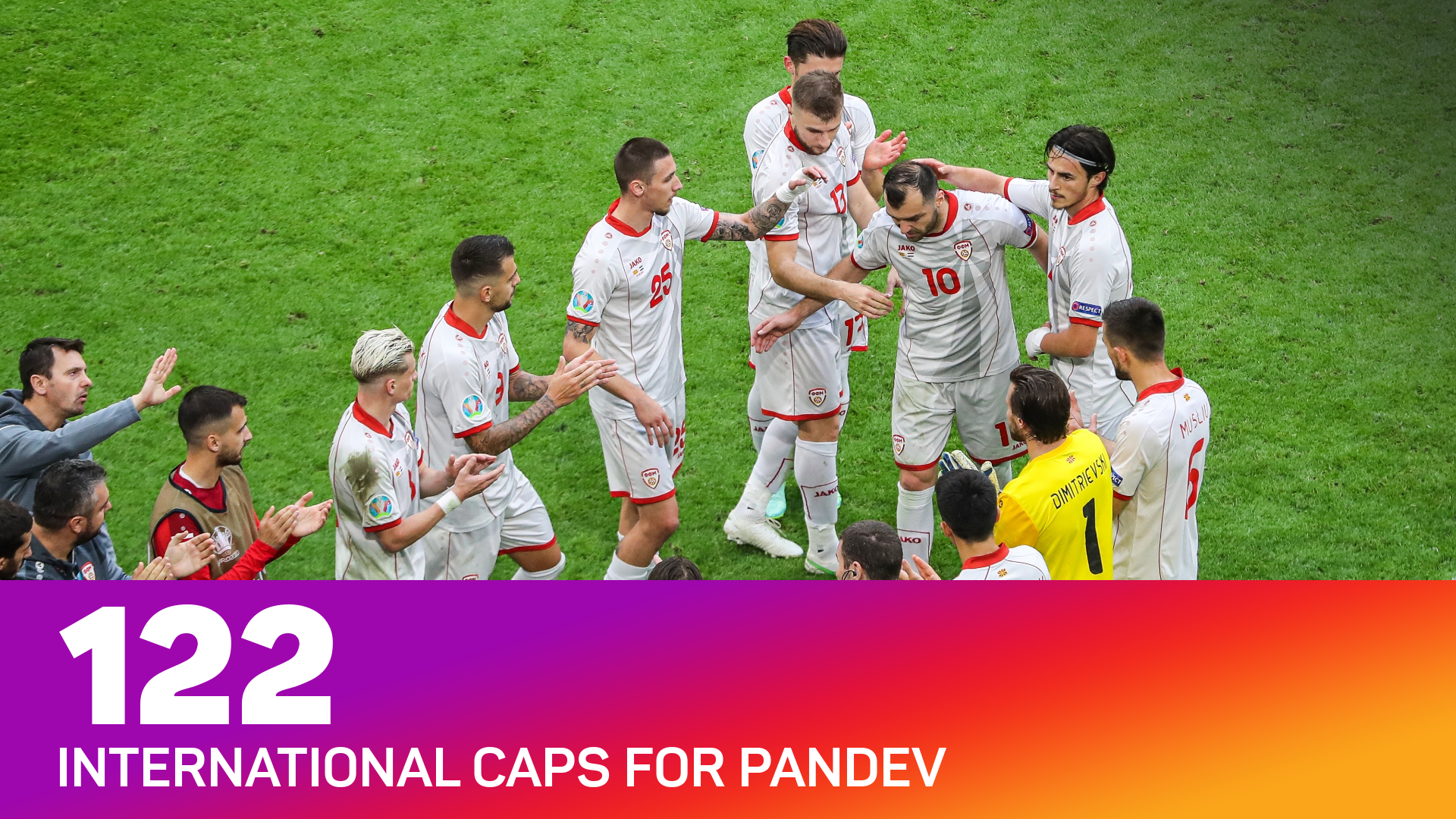 - The Netherlands have now scored 65 goals in total at the European Championship finals, overtaking France in second place and behind only Germany (76) in the competition's history.

- Depay's opener was his 50th goal involvement in 67 appearances for the Netherlands (28 goals, 22 assists). Indeed, he's been involved in 13 goals in his last 10 games for the national side in all competitions (9 goals, 4 assists).

- In his 78th appearance for the national side, Wijnaldum scored his 24th and 25th goals for the Netherlands, 15 of these strikes have been in his 25 games since the start of 2019, with no player scoring more for the Dutch during this time.

- Malen has provided an assist in his past two appearances for the Netherlands, more than he had in his first 10 games for the national side (1).

As Group C winners, Netherlands will next play a third-placed team from either Group D, E or F in the last 16. North Macedonia's tournament is over and are not in action again until September when World Cup qualification resumes.