Ousmane Dembele is "still like a child" and needs guidance in order to fulfil his potential, according to former Barcelona team-mate Kevin-Prince Boateng.

Boateng spent the latter part of the 2018-19 season playing alongside Dembele at Camp Nou while on loan from Sassuolo and he opened up about the France international's temperament in an interview with Bild.

Dembele has earned a reputation for his poor timekeeping having been suspended for Barcelona's defeat to Real Betis last season after missing a training session and France coach Didier Deschamps publicly lambasted him, saying: "I know about his excuses when he turns up late."

Barcelona stuck by the 22-year-old in the face of speculation that he might leave the club, for whom he scored eight goals in 29 La Liga appearances last season, but Boateng urged the Blaugrana to nurture his talent.

"He is very calm, and does not talk much," Boateng told Bild.

"You have to take him as he is and it may be that he arrives late.

"There are players who do that in defiance, but that's different with him.

"He's just like a little boy – one who earns a lot of money, one who is extremely public." 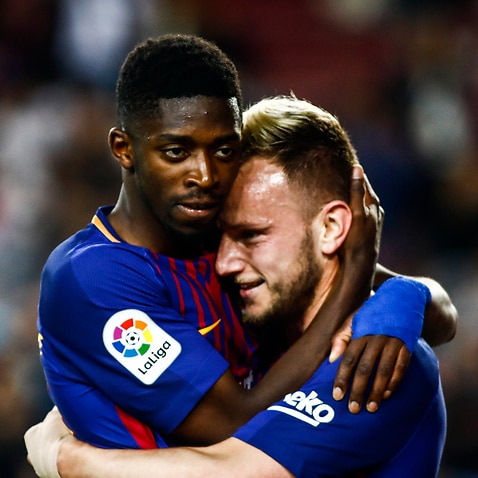 Boateng's stay with the Liga champions was short-lived and he made just three league appearances during a five-month spell at the club.

In contrast, Dembele is someone Barca coach Ernesto Valverde and president Josep Maria Bartomeu seem keen to keep hold of as he embarks upon his third season in Catalonia.

Boateng warned Barcelona: "You have to point him in the right direction. If he does not learn then it is his fault.

"For me, he's still a little boy who was thrown into this huge pool, suddenly costing 150 million euros overnight and somehow does not even know how everything works – because he just wants to play football."