Dutch defender de Ligt opened up on life in his first season at "one of the biggest clubs in the world" Juventus.

“Compared to life at Ajax, everything was different," he said in an interview with Tuttosport. "The first big difference that struck me was the international stature of the club.

“Then there was the welcome given to me by my new teammates, an exceptional group of lads.

“All of them were really nice to me and helpful. They immediately made me feel like part of a family.

He gave one surprising response when queried about his most talented teammates. 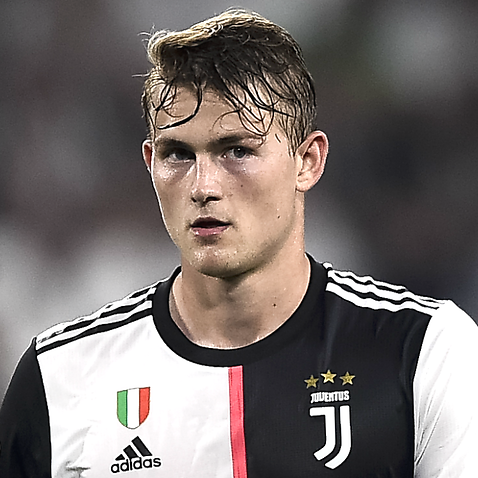 “To be honest, the general level of the team is really high," the 20-year-old said. "Obviously there’s Ronaldo, but I won’t name him because everyone knows who Cristiano is and what he can do.

“So I’ll say there are two other players who struck me: one is [Paulo] Dybala, who has truly stunning technique.

“The other, and it might sound strange to some, is Rodrigo Bentancur, a player with truly amazing technical ability.

“He’s quite underrated. He’s a great player with a great future ahead of him.”

He also reserved praise for his coach Maurizio Sarri, describing him as "very Dutch".

“[Sarri] is very attentive to that [tactical] side of the game and he has an extremely precise idea of ​​football," said de Ligt.

“He wants us to build from the back and play technical football, more or less like what I was used to at Ajax.

“Basically, you can say that he’s very ‘Dutch’, even if his Italian spirit remains strong.

It could be said that he’s Italy’s answer to Total Football.”