Alphonso Davies lived up to his reputation as a sprint king on Tuesday as he clocked the fastest speed in the Bundesliga since Opta records began.

The Bayern Munich left-back has been one of the breakout stars of the season, making the position his own after joining from Vancouver Whitecaps in 2019.

It is Davies' outstanding athleticism that has particularly caught the eye, with his incredible ability to get away from defenders and hunt down attackers seeing team-mate Thomas Muller dub the Canadian "the FC Bayern Road Runner".

And the 19-year-old's best attributes were on show against Werder Bremen as Bayern chased the victory that would clinch their eighth straight Bundesliga title.

Davies recorded a top speed of 36.51km/h at one point in the first half as he again dominated the left flank.

That is the fastest of any player in the division since Opta's data collection started in 2013-14. 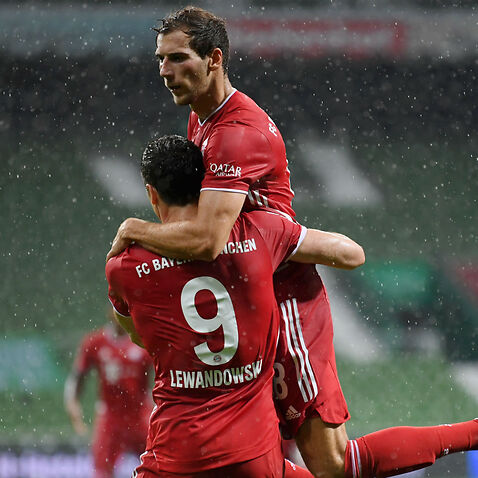