Jason Davidson won’t be making a potential return to the A-League and will stay in Korea this season, but hasn’t given up hope of a Socceroos recall.

Davidson left Perth Glory in July 2019 to join Korean giants Ulsan Hyundai, but the left back has struggled for game time at the Tigers and made just 13 first-team appearances for the club in nearly two years.

Western United are believed to have been keen to try and lure the Socceroo back to his hometown this year, but a deal was not agreed and the 29-year-old will see out the rest of his contract in the K League 1.

“There was a bit of conversation between me and a few of the clubs in the A-League about potentially coming home in January and now at the moment as well,” Davidson told The World Game.

“It just didn’t work out financially - and the way the club over here and the clubs back in Australia just couldn’t make it work.

"There was a couple of clubs [interested] but for me it’s important to be happy and play, so that was a reason behind maybe going back to Australia just to play until the end of the season.

“But sometimes there’s a lot more complicated things then just what you want, there’s a lot of dimensions to the deal and it just didn’t fall into place.”

Davidson has had his fair share of road bumps at Ulsan, where competition for places in the starting XI is fierce. 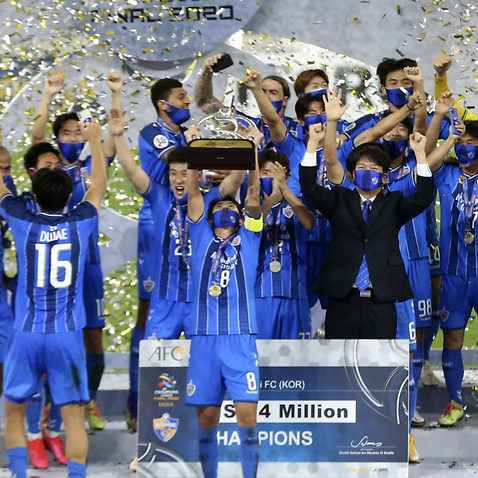 "It’s been a weird one, I got injured when I first came over here so that really set me back,” he explained.

“I tore three ligaments in my ankle and I’ve kind of been trying to play catch-up ever since with that.

"Then I missed pre-season again this year, so it’s been an up and down journey to be honest.

“It hasn’t been that smooth, come in and have time to get used to it and have a good pre-season.

“To me, Korea is definitely one of the more physical leagues in Asia, the tempo of the game is quite high.

"When you talk about Europe the biggest different in my point of view is probably tactical, because skill-wise, speed-wise, dribbling – it’s got pretty much everything [here].

“The Koreans, the Japanese, they’re very technical, very strong, skillful – I just think maybe the tactical side you develop a lot more, especially at a young age, in Europe. So for me that’s probably one of the biggest differences. I had to ‘grab’ Korea opportunity, declares Davidson

“But it’s a difficult league. Here we have 16 ex or current national team players, so you’re talking about a big squad.

"Last year we had 28 first-team players and maybe half of them all have caps for the national team for Korea or other countries.

“So it’s a big club, a lot of experience in the team. Everything about the club is great to be a part of.

"My contract's coming up at the end of the season so we’ll see how it goes.

“But my family’s over here, they love it, it’s a good league and team that I’m at - us and Jeonbuk are probably the two biggest clubs over here… it’s been a good experience.”

The defender, son of Socceroos great Alan Davidson, is a free agent at the end of the 2021 K League 1 season.

Already he has played across Europe during his career – in Portugal, England, the Netherlands, Slovenia and Croatia – but sees his future now lying in Asia.

“You know how football is, you never know what tomorrow’s going to bring upon us,” Davidson admitted.

“It can change for the worse or for the better very quickly. So for me three, four months away is a long, long way away in football terms. 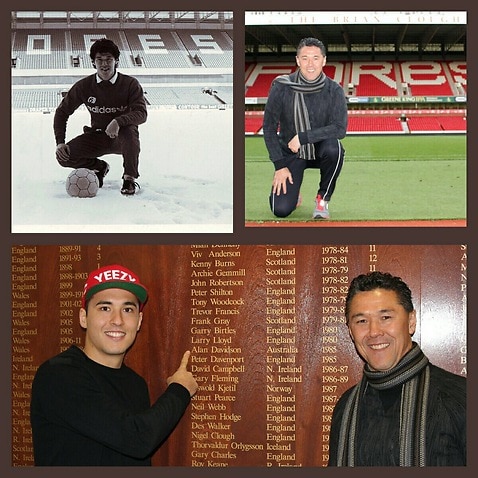 Socceroos Greats - Where are they now: Alan Davidson

"It’s like everything, it’s been the same throughout my whole career pretty much, you just focus on what you can control – day by day training well, keeping your body in shape and being professional on and off the pitch.

“I want to be playing regularly, happy. I had a good season at Perth and for me [coming to Korea] was a step up for me and financially.

"I’m getting older and I’d like to stay in Asia.

“I’ve had some opportunities to go back to Europe but for me I’ve come into the Asian market and that’s where I see myself.

"Maybe as the years go by, go back to Australia. [But] there’s plenty of football left in me.

"I remember when I was coming in I think I made my debut at 18 in Portugal and that was unheard of, it was pretty rare. Now I’ve got teammates who were born in 2000.

"Especially the way football is going, the younger players are getting a lot more chances, which is good.

“That’s the target, but you never know. As you get older you just have to take each game as it comes.”

Davidson made his debut for the Socceroos in 2012 and has earned 22 international caps. He played at the 2014 FIFA World Cup and helped the green and gold win the 2015 Asian Cup.

But the full-back has not appeared for the national team for several years, with the likes of Aziz Behich, Brad Smith, James Meredith and Alex Gersbach preferred.

However, Davidson would relish a return to the Socceroo set-up in the years ahead.

“Yeah of course. To represent your country is the biggest honour and I’ve been lucky enough to do that and participate in a World Cup and the Asian Cup,” he said.

“Now, from what I’ve see, it’s been a tough time for the Socceroos as they haven’t played since 2019. Arnie’s said he wants to have a bigger squad because Coronavirus has just changed everything.

“To represent your country is the biggest and best feeling for me.

"If I can find my feet and enjoy my football at club level and perform at club level then its always going to be an ambition of mine to play for the Socceroos.

“One step at a time and see how it goes.”