Socceroos defender Jason Davidson believes Melbourne Victory’s hopes of reaching the last eight of the AFC Champions League will be dashed by his Ulsan Hyundai side on Sunday night, if the South Koreans perform anywhere near their potential.

After breezing through the group stage in Qatar with a 100 per cent record, the K League runners-up and beaten Korean FA Cup finalists are overwhelming favourites against Grant Brebner’s upstarts.

And justifiably so, according to Davidson, who sees reaching the final as a realistic expectation.

“I think if we play to our strengths and perform to our abilities, I believe we’ll progress (against Victory) and go far into the tournament,” Davidson told The World Game.

“We’ve won all our games in the hub - we’re in good form and a tournament format suits us, so we’ve got good reason to feel confident.

“We have a squad with a lot of depth and we’ve been able to rotate a lot of players with the games coming thick and fast.

“We’re going to refresh and there’s a lot of competition for places.” The former West Bromwich Albion, Huddersfield and Perth Glory left-back has been pleased to see Victory battle their way to the round of 16.

“We watched their games and it’s good to watch them do well and get out of the group stage,” he added.

“I know their squad quite well and if I can give some advice to my teammates I’ll be happy to help out.

“We know what to expect from them and we regard Victory as tough opponents.

“But, most importantly, we need to concentrate on ourselves.

“Realistically, the target for us is to win the competition. But we know anything can happen and we also know that Victory present a difficult physical test.”

It’s been a mentally challenging last six months for Davidson, who has made just seven appearances in all competitions this season, two of which have come in Qatar.

He trained with the second team for six months as outgoing coach Kim Do-hoon made clear his place in the pecking order.

But with Do-hoon expected to be replaced by former South Korea national team coach Hong Myung-bo next season, Davidson, with a season left on his contract, can be optimistic over the prospect of a fresh start. 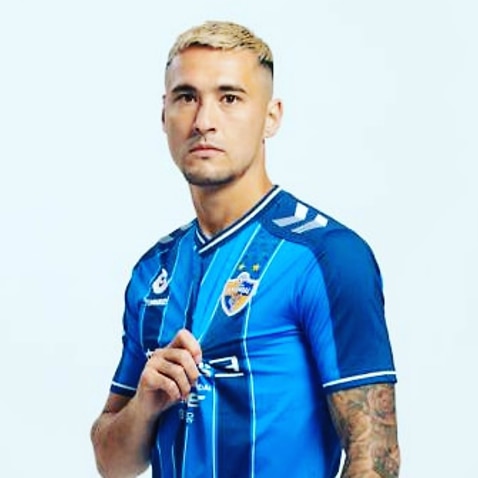 'The city is dead' - Jason Davidson’s 'scary situation' in Korea

“I’ve stayed professional throughout and have been training hard and working hard, and making sure when the chance comes I’m ready,” he added.

“I have a good relationship with the club who have been fantastic with me.

“I’n excited to be here trying to help us go far in the competition.

“It’s been an up and down season for me but as a player there are only certain things you can control - the rest of it’s out of your hands.

“Unfortunately, I’m not the coach and can’t pick the squad or starting eleven.

“For whatever reason - and I’m not aware of one - I haven’t played that much this season.”

Davidson admits he didn’t expect to even be in Qatar.

“Not after the way everything has gone this year,” he said.“But with a new coach coming in it’s going to be a new start.

“My family love it in Korea. It’s a big club and if I have a new opportunity I’ll be happy with that.

“I just want a fair chance. You know how football is, everything can change in a second and hopefully the new coach likes what he sees.”