Dani Alves has revealed he has nerves and "butterflies" as he prepares to finally make his Olympics debut at the age of 38.

Sao Paulo defender Alves has 118 caps and four trophies for the senior Brazil team but has never previously played at the Games.

He is one of the over-age players for the Selecao in Tokyo and it is an opportunity he is relishing and even apprehensive about despite his illustrious career at club and international level.

Brazil are among the favourites to win the men's competition along with Spain and France.

They open their campaign against Germany in Group D on Thursday.

"As it is my first time, the feeling is even more special," said Alves, who will captain the team.

"Despite the fact I have great experiences in the past, as it's my first time here I feel butterflies on my stomach and I hope to live up to the expectations of the competition and of our national team.

"I can say my experience will be similar to those that are also coming here for the first time.

"Being here is really a special feeling. As we say, third time lucky. I tried twice, I could not and the third time I managed. So here I am.

"I would like to thank you also for the respect, for the opportunity to be here. Those of you that know me know that I have a young spirit."

Brazil beat Germany on penalties in the final of the Rio Olympics five years ago to clinch the gold medal on home soil. 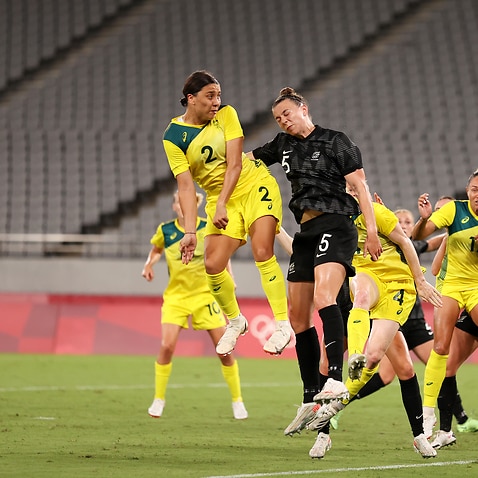 Ivory Coast and Saudi Arabia are the other teams in a competitive pool.

"Indeed, it is a classic [fixture]," coach Andre Jardine said of the opener against Germany. "It has had a wonderful track record and it is an honour to be part of history.

"Both teams have mutual respect for each other and I expect that it will be a difficult game. It will focus on the detail, on the strategy and also on the concentration.

"I hope that we enjoy and that we are able to write one more page on the history and I hope this page is the Brazilian one."

The men's side will hope to emulate the women's team, who got their Olympics campaign off to an impressive start with a 5-0 win over China.