Domagoj Vida has been cleared by FIFA's Disciplinary Committee after the emergence of a second video in which the Croatia defender made potentially inflammatory political comments.

Vida and assistant coach Ognjen Vukojevic - who has since been sacked by Croatia - were filmed making comments including 'Glory to Ukraine', a phrase that has been adopted by anti-Russian nationalists, after Croatia beat Russia on penalties in the 2018 FIFA World Cup quarter-finals.

FIFA chose not to suspend Vida, warning the centre-back over his conduct after the incident, and the Besiktas defender was able to play in Croatia's 2-1 semi-final win over England. 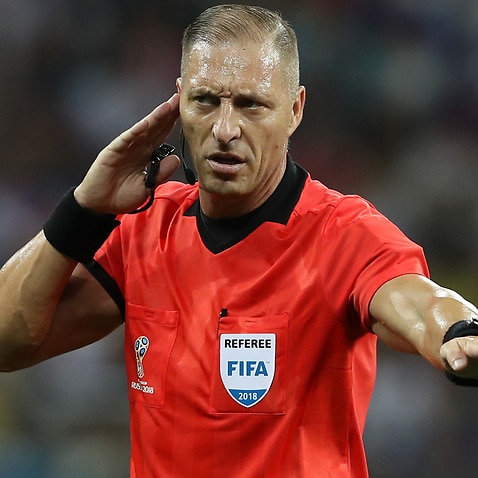 A second video was also released of Vida making similar remarks, but FIFA have now determined that it took place prior to their initial investigation.

"After thoroughly analysing the second video of the Croatian player Domagoj Vida that appeared in the media and having considered the player’s submission, the chairman of the FIFA Disciplinary Committee ascertained that it was recorded before the initial sanction imposed on Mr Vida and has concluded that no additional infringement of the FIFA regulations has been committed," a FIFA statement read.

Vida is likely to start alongside Dejan Lovren against France as Croatia take part in their first FIFA World Cup final. Fitness will not be an issue for Croatia, claims Dalic