Philippe Coutinho wants to establish a legacy at Liverpool rather than leave and be just "another player" at Barcelona, Bayern Munich or Real Madrid.

The Brazilian enjoyed his best season at Anfield since arriving from Internazionale in January 2013, scoring 13 Premier League goals and registering seven assists.

Coutinho signed a long-term contract, believed to run until 2022, in January but reports of interest from Barca have remained persistent, with Klopp having to address the issue at recent news conferences. However, the 24-year-old has allayed concerns he will be on the move in the close-season, outlining why he would prefer to stay at Liverpool.

"Stay here and they will end up building a statue in your honour," Coutinho said in an interview with ESPN Brasil.

"Go somewhere else, to Barcelona, to Bayern Munich, to Real Madrid, and you will be just another player. Here you can be something more.

"I have a long contract with Liverpool. Speculation is for journalists only." 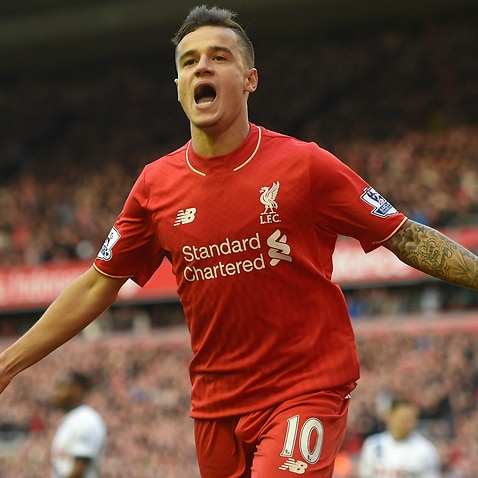 Liverpool secured Champions League football next season with a 3-0 win over Middlesbrough on Sunday, and Coutinho was proud of the way they reacted to a run of one win in seven top-flight outings at the start of 2017.

"We started the season very well, I started well. But then in the middle the performances went backwards," he said. "Then we bounced back, I finished the season at a high level.

"The whole team is playing well, today (the match against Middlesbrough) was a very important victory, next season it’s the Champions League."