While coronavirus disrupts sport across the globe, it is business as usual in the Belarusian Premier League.

Football Federation of Belarus (BFF) chairman Vladimir Bazanov said there is no reason to panic after the Belarusian Premier League season kicked off with fans, despite the coronavirus pandemic.

COVID-19 has disrupted sport across the globe, with the Premier League, Serie A, LaLiga, Bundesliga & Ligue 1 postponed, while Euro 2020 and Copa America 2020 have been pushed back a year.

Australia's A-League continues to take place, but behind closed doors amid the coronavirus emergency, which has claimed more than 10,000 lives globally. Fans get only distant glimpses of A-League action 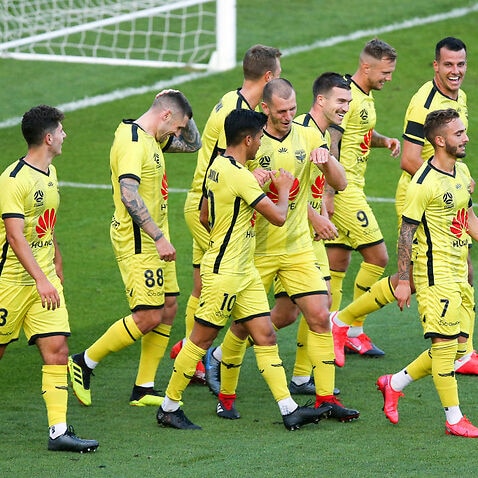 A-League clubs vow to play on in face of coronavirus

However, it is business as usual in Belarus – where the season started on Thursday, with fans in attendance as BATE lost 3-1 to Energetyk-Bgu and Torpedo Belaz defeated Shakhtyor 1-0.

With 51 reported cases and no deaths as of Thursday in Belarus, a defiant Bazanov said: "For what reason should we not start it? Is a state of emergency declared in our country?

"There is no critical situation. So we decided that we are starting the championship in a timely manner. Today."

Bazanov added: "Many matches in Europe have been played without spectators. But so many fans gather around the stadium that it makes no sense to close off the game."

"For God's sake," he continued when pressed on neighbouring countries suspending leagues. "We have no prerequisites for this yet… We have no panic. The situation in the country is not such that we need to stop everything. Why escalate the situation?"