A final decision on whether Australia will send a team to next year’s Copa America will hinge on the magnitude of fixture congestion in 2021, with Socceroos coach Graham Arnold and assistant Rene Meulensteen believing the tournament offers “an unbelievable opportunity” for Australia’s next gen brigade.

Discussions are ongoing at FFA this week over whether to take up the invitation to participate at the delayed showpiece, amidst a growing backlog of 2022 FIFA World Cup qualifiers.

And the consensus appears to be if March’s scheduled resumption of the COVID-19 curtailed program is stalled again then Australia will be forced to pull out.

With five group games guaranteed against Uruguay, Paraguay, Bolivia, Argentina and Chile - kicking off on June 13 next year - both Arnold and former Manchester United assistant Meulensteen see the tournament as a perfect testing ground for a mix of Olyroos and Socceroos heading into the rescheduled Tokyo Games five weeks later.

“Obviously the priority is to qualify for the World Cup, but if a way can be found it would be an unbelievable experience for the players if we can manage to organise it,” Meulensteen told The World Game.

“Arnie and I have created a lot of depth, that’s why we took charge of the Olympic team.

"Perhaps we can use a high number of Olyroos players with a number of overage players included, all those scenarios can be looked at.

“If we think it can work it should still be on the agenda. 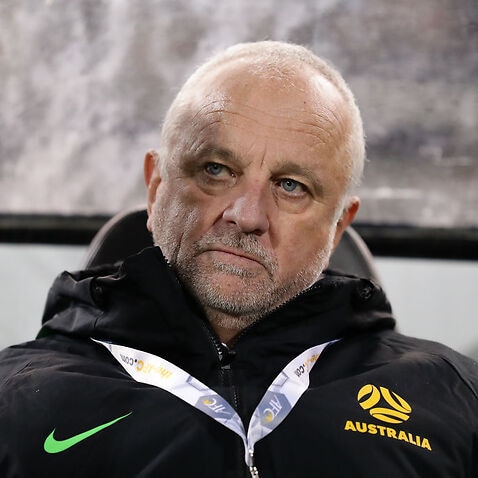 If you look at the history of teams that have done well at senior international level, you’ll often see they’ve been battle hardened at the various youth tournaments, be U-17s, U-20s or U-23s.

“They know what it’s like to play in big games and the Copa America offers us the opportunity to give our youngsters that exposure.”

There is, however, the added complication of European and Asian clubs not being compelled by FIFA rules to release players for the Copa.

And a poor showing could impact Australia’s FIFA ranking and subsequent seeding going into the final phase of qualification for Qatar 2022.

In a perfect world, newly-installed interim technical director Trevor Morgan shares the enthusiasm for the tournament.

“We have lots of possible changes to the FIFA dates for the Socceroos in terms of international travel (in the age of COVID),” he explained.

“The objective is to send a team because it’s a huge opportunity. We’re honoured to have been offered a spot (alongside fellow invitees Qatar) but a lot of things need to fall into place to make it possible. “If the March window for World Cup qualifiers wasn’t to go ahead that would be a further complication.

“Our intention is to be there but let’s see what the world brings up in the next couple of months .

“For players to have that experience in playing such high quality opponents in such a short space of time is tremendous development opportunity.

“It’s a top-level tournament and any team would want to be there - and we do.”

Meulensteen sees only upside, if a way can be found to head to their base in Argentina.

“It will show us where we are as a team and a nation with our developing players,” he added.

“If Australia wants to progress over years to come, you have to expose young players to the hardest possible tests to see whether they have the ability to become Socceroos.

“These are the young players who haven’t been getting enough playing time in the A-League.

“It’s promising, though, to see more of them recently getting opportunities. And that’s a good development for us.”