The notion that South America has fallen behind Europe in terms of national team football has gained strength after a rather disappointing Copa America.

Eye-catching, positive football was at a premium except for some individual feats by a handful of players.

You wonder if Football Federation Australia fully realise what they have got themselves into by accepting an invitation for the Socceroos to take part in next year’s in Argentina and Colombia.

Hopefully the Socceroos will derive the benefits of accepting such a great opportunity to play in one of the world’s most important competitions.

The last time a team from South America won the FIFA World Cup was 17 years ago and it has since provided only one finalist - Argentina in 2014. 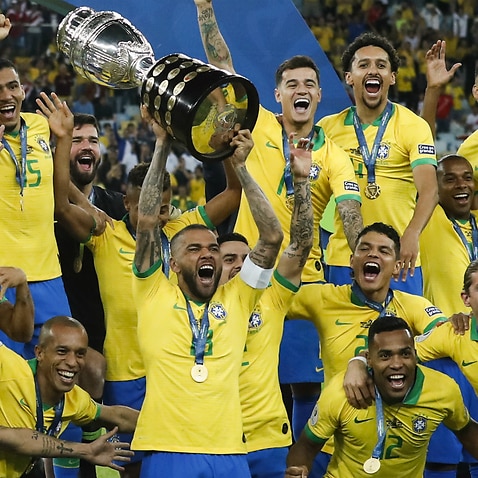 Five years on from their disastrous FIFA World Cup campaign that came to a humiliating halt with that infamous 7-1 drubbing against Germany in the Minas Gerais semi-final that has been dubbed the ‘Mineirazo’, Brazil went a long way towards making peace with their millions of disgruntled supporters by becoming champions of South America.

The World Cup it certainly ain’t but Brazilians will welcome this Copa America homecoming in much the same way as a club that cannot win the UEFA Champions League would greet victory in the lesser UEFA Europa League.

Yet if the truth be told, this latest edition of the world’s oldest international competition has not set the pulses racing.

It actually provided a stark contrast to the refreshing approach adopted by most teams in the FIFA Women’s World Cup in France that drew enthusiastic crowds and massive television audiences.

Home side Brazil, who lost talisman Neymar to injury on the eve of the tournament, deserved the title and they sealed their moment of glory against a decent Peruvian team that was unlucky not to progress from the last World Cup’s group stage when they faced France, Denmark and Australia.

The Brazilians, ably led by that amazing wingback Dani Alves who was named man of the tournament, scored a handful of memorable goals but they were essentially a workmanlike team that will not go down as one of the country’s finest or most entertaining.

Argentina played poorly to finish third although many thought they were probably hard done by in a 2-0 loss to Brazil in a semi-final that provided the only quality football seen in the tournament.

Lionel Messi did not hesitate to berate organisers for a set of refereeing decisions that did not go Argentina’s way.

And his dark mood did not improve after he was ridiculously sent off in the match for third place against Chile when he accused “corrupt” CONMEBOL of doing all in their power to make sure Brazil won the tournament.

Argentina were not the only big guns to fire blanks, so to speak.

Holders Chile were as usual strong and uncompromising in defence but their lack of scoring power despite the presence of Alexis Sanchez and Eduardo Vargas cost them dearly.

Uruguay went into the tournament with high hopes but strikers Luis Suarez and Edinson Cavani looked rather drained after a big season in Europe and the ‘Celeste’ crashed out on penalties after a goalless draw with Peru in the quarter-finals.

The same fate befell Colombia who started positively and won their group but lost on penalties to Chile to go home without having conceded a single goal.

All in all the tournament eventually rewarded the team that deserved it most but the negatives to emerge underlined the precarious state of South American football as it attempts to arrest the Europeans’ supremacy.

Europe has won the last four World Cups and at this stage the trend is unlikely to be broken in Qatar in 2022.