The clamour of interest in Greece-based Australian striker Apostolos Giannou is growing, as clubs in Asia and Europe court the Super League's joint top scorer.

Giannou who has struck 12 goals in 16 league games for high-flying Asteras Tripolis is open to the possibility of a January move, despite being contracted until mid-2018, and he dreams of playing in the English Premier League.

Despite having one full cap for Greece, the dual nationality 25 year-old, who represented Australia at youth level, could also still conceivably play for the Socceroos should coach Ange Postecoglou call him up to a squad which is crying out for a successor to ageing talisman Tim Cahill. 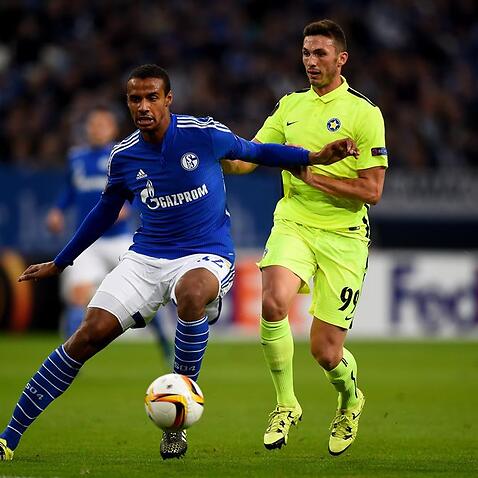 Greece moves to pip Australia in race for Giannou

After spells at numerous clubs in Greece over the last eight years, the prospect of testing himself elsewhere in Europe looms largest for Giannou.

“I am at a good club and I’m enjoying my football, which is the main thing, but if something interesting came along then of course I’d think about it," he said.

“If nothing happens, then I am happy to stay but I’d love to play in one of the bigger leagues in Europe and for me, my ambition, like I think any footballer, would be to play in the English Premier League.

“It would be hard to get into, but we can all dream, I guess. I think my game might be suited to England.

“I like the one-or-two touch, fast paced game. In Greece it’s a bit slower and I tended to enjoy the quicker tempo of the UEFA Europa League games we played earlier in the season.”

“A number of high-profile clubs in Europe and Asia have expressed considerable interest in Apo; the season he is having has obviously made many sit up and take notice," Michail said.

“He’s probably the most in-form Australian striker playing anywhere in the world right now. Apo is a required player at Asteras and he is happy there, but this is football and there is a big market for him."

And with three goals in his last three games, he shows every sign of staying in contention with Olympiacos’ Kostas Fortounis, also on 12 goals, for the golden boot.

“I just need to keep doing what I’m doing and hopefully 2016 will be a good year for me,” Giannou said.

“The aim at the start of the season was to equal last season's total and I am past that already at the halfway point.

“As soon as you score one or two, you just want to get more and more. It’s been a positive season for me and I just want to keep the focus and make sure I stay fit and scoring.”

That is no mean feet in a league where teams sit deep and clear cut chances are always at a premium.

“I watched the 3-3 game between Melbourne Victory and Central Coast Mariners in the A-League the other day and that sort of scoreline, and that sort of game, never happens in Greece,” Giannou said.

“If a team is one or two up, teams just sit back and that makes it very difficult to score.”