After studying the level of wages paid out in rival Asian leagues including Australia, the Chinese Football Association (CFA) has decided to impose a strict new salary cap on the Chinese Super League from the 2021 season.

Chinese officials have looked at spending in Japan, South Korea and Australia and have come to the conclusion that their clubs are splashing out far too much on talent, both local and imported.

After studying the 2019 season, it was found that the average outlay per top tier Chinese club was around $230 million. The average salary, including foreign players, was around $2.9 million a year.

“It is clear that this is too much.”

It is reported that when these figures were related to the individual clubs, they were ‘stunned’ to hear just how much more they were paying than the teams they meet regularly in the AFC Champions League.

The CFA looked at the principle of the A-League’s salary cap, which was set at $3.2 million per club last season, though there are avenues to spend on certain players outside the cap, and came to the conclusion that something similar could work in China.

The limits will be set considerably higher. From 2021, the cap will be set per club per season at around $123 million, still many times higher than clubs in Australia but a significant drop from the past. Domestic players will not be paid more than $1.05 million with foreign stars able to earn no more than $4.85 million. 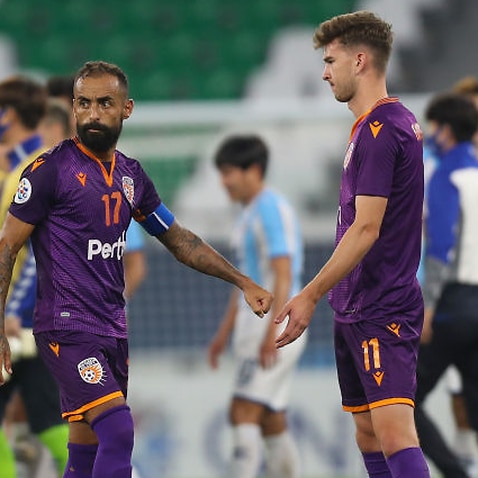 A clear reduction would cut costs significantly but would still leave China as the most lucrative of the big leagues in the region and still, in the opinion of officials, able to recruit top quality talent while making clubs sustainable.

The Chinese Super League announced its arrival in the global market around a decade ago, reaching a high point in the 2016-17 winter transfer window. With the arrival of South American stars such as Oscar and Carlos Tevez, the 16-team Chinese league was the world’s biggest spender, splashing out around $600 million, $210 million more than the 20 teams in the English Premier League.

However, there have been moves to limit spending in recent years with moves such as the ‘transfer tax’ in 2018, that forced clubs signing foreign players to pay a levy equivalent to the fee.

Moves to reduce salaries were announced at the end of 2019 but were not implemented by clubs. Failure to meet the new targets could result in terms being hit by severe points deductions and players being suspended for the entire season.