Chelsea Women manager Emma Hayes said her side will leave everything on the pitch when they face Bayern Munich in the second leg of their UEFA Women’s Champions League semi-final on Sunday (AEST).

WATCH the UEFA Women's Champions League Final LIVE, FREE and in HD on SBS and SBS On Demand from 4:30am (AEST) on Monday, May 17.

The Blues suffered a 2-1 defeat to the Bavarian giants on Monday, with Sydney Lohmann and Hanna Glas giving Bayern a valuable first-leg advantage.

Melanie Leupolz snatched what could be a vital away goal for Chelsea, who were a little off the pace just a few days removed from a crucial Women’s Super League clash with Manchester City.

Hayes acknowledged the proximity between both fixtures hindered her side’s performance but assured they would be up to the task as they look to reach the Champions League final for the very first time. 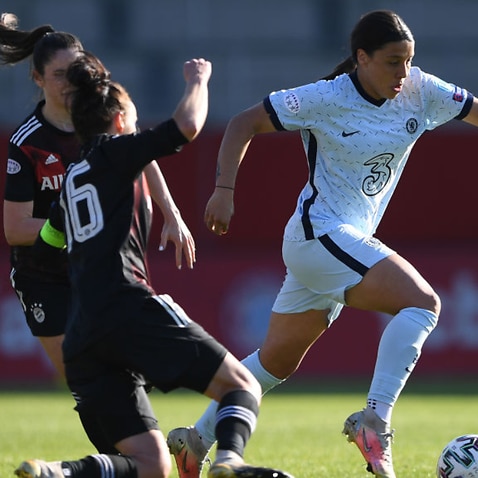 “When you play the game we had to play against (Manchester) City on Wednesday night, that took a lot emotionally out of the group,” Hayes told Chelsea’s website.

“Then, to have to come in and play our second-biggest game of the season, I think that’s extremely difficult.

“Bayern are excited by their result today but trust me, I will make sure the team puts in the performance of their life next week.”

Star striker Sam Kerr will be out to continue her rich vein of form at Kingsmeadow, having found the back of the net 24 times in all competitions this season.

Her 18 league goals are the joint-most alongside Arsenal’s Vivianne Miedema for 2020-21 and a golden boot triumph could be the icing on the cake as Chelsea close in on the title with two games to play. 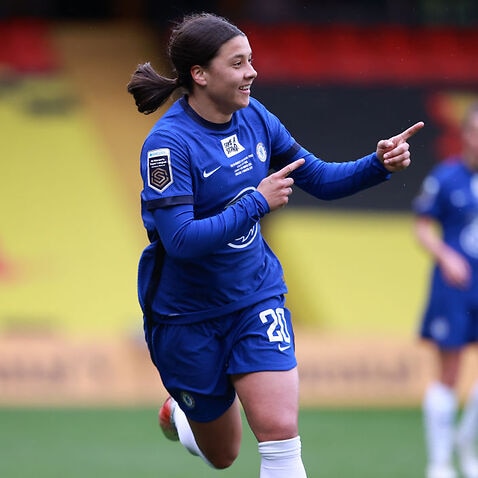