Central Coast boss Mike Charlesworth took the unprecedented step of telling coach Tony Walmsley he doesn’t care how many matches the Mariners lose this season – so long as they entertain.

With the new A-League campaign just three rounds old and title-casing Sydney FC the visitor to Gosford on Halloween night, Charlesworth isn’t spooked by the spectre of Graham Arnold’s Sky Blues and has given Walmsley a licence to thrill, at any cost.

Convinced cavalier football is the only way to attract a sustainable supporter base, Charleswoth happily acknowledges he’s possibly the only owner in world football who puts excitement before results. 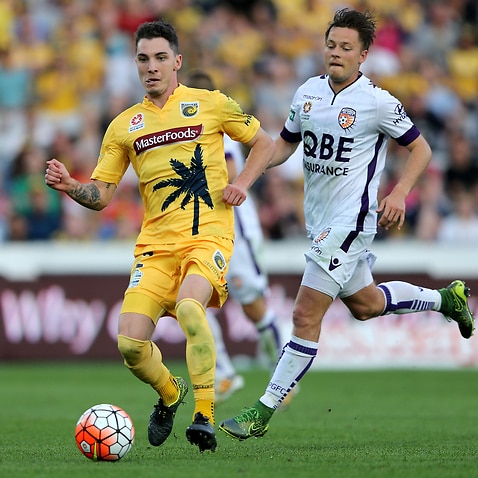 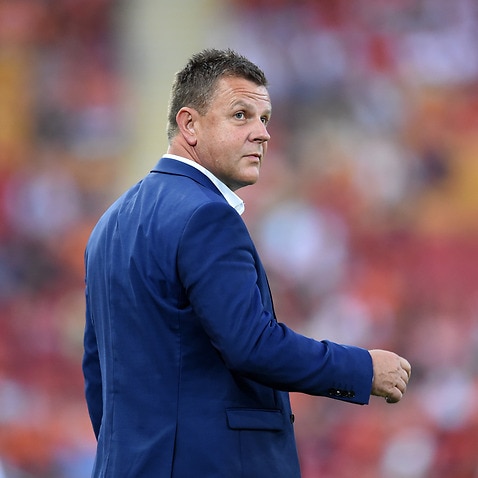 Walmsley happy for Mariners to entertain the A-League

“I think I am probably the only one out there who is willing to say it publicly, but the reality is that we are in the entertainment industry and for me that overrides results at this stage," he declared.

“We are going to take risks ... and we know that in some games we’ll possibly get taken apart. It's a risk we are prepared to take.

"We’re competing with the release of the new James Bond (Spectre) on Saturday night. Do families go to James Bond or the Halloween party at Central Coast Stadium?

"For me, it’s about building the supporter base … unless we can do that there’s no future. If that means results suffering in short term, then so be it.

"It’s about attacking, entertaining, creating chances and we've been doing that.”

With one win and two losses so far, the carefree, attack-crazy Mariners are winning new admirers with their uninhibited style and apparent abandonment of the defensive arts – an ethos which, in part, led to the club’s bitter fallout with suspended goalkeeper Liam Reddy, who openly questioned Walmsley’s tactics. Suspended Reddy may have played last game for the Mariners

“If we get 13,000 down to the game against Sydney on Saturday and it's exciting and we put on a good performance and people leave thinking 'bloody hell that was exhausting, in a positive way', they will come back and it will spread," Charlesworth said.

"Obviously we get exposed at the other end, and we know that. But if people tune in around Australia because they know they’ll get a fun game watching the Mariners on TV, or at the ground, then we have achieved our goal.

"We want to be one of the highest rated to clubs in the competition. Right now we’re down near the bottom. We want people thinking, 'you know what, I am going to watch the Mariners match' rather than say Sydney FC because we're fun to watch. That's what it's about.

“I think I can say with some certainty there won’t be any goalless draws at Central Coast Stadium this season.”

While careful not to be critical of Arnold, the man who led the Mariners to the championship in 2013, Charlesworth highlighted the pressures he is under to deliver at a club where failure is swiftly punished.

“Under Arnie, and I don’t want to put him down in any way because he's a very professional guy who knows what he’s doing, you can guarantee he’s driven by results over entertainment," he said.

"That’s Sydney FC’s decision and not mine. The match this weekend will be a clash of two different styles … it's their structured game against our high octane, cavalier approach.

“We could have continued the strategy of last season (under former coach Phil Moss) when it was all about not shipping goals and hoping to pinch one. But that's not commercially viable anymore.

“I think people on the Coast are buying into what we are doing. On social media all the talk is about excitement and there is positivity there. Of course they are also talking about our defence, don’t get me wrong.

"But they are engaged with what we are trying to do. Our last game against Melbourne City (a 3-1 loss) was brilliant. It looked like we had five forwards and two centre backs and it was high octane football.

"I am personally ecstatic about how we are playing and I am more engaged in the football at the club than I have ever been … I can’t wait for the Sydney game.”