The ticks are beginning to accumulate on the bucket list of Socceroos winger Awer Mabil, as he looks back on the most prolific year of his career.

With his breakthrough for Australia already achieved, the Adelaide-raised, Kenya-born refugee last week added a Danish Superliga title to the ledger with FC Midtjylland lifting the crown with four games to spare.

All of which sets up another likely Mabil milestone with a UEFA Champions League second-round qualifying tie against yet to be determined opponents on August 25.

Add to that eight goals so far this season - his best tally yet - and Mabil has plenty to smile amount.

But the season is not done yet and there’s only a 10-day break before the next pre-season begins, leaving little time to indulge in any wild celebrations. Speaking ahead of Saturday morning’s (AEST) visit of Nordsjaelland, Mabil, 24, told The World Game: “For me now the dream is to play in the Champions League (main draw) and I think with the team we have we can do it.

“That’s where my mind is at - this team has been building now for a couple of years and it’s starting to show on the field.

“Your football career is not long and I’m trying to make some history with this great club.”

Mabil dreams of one day facing boyhood team Manchester United, having missed out when Midtjylland faced the Red Devils in the Europa League a couple of years back.

“It will happen one day,” he prophesied. “I just don’t know when. Facing them someday has always been on my mind.” 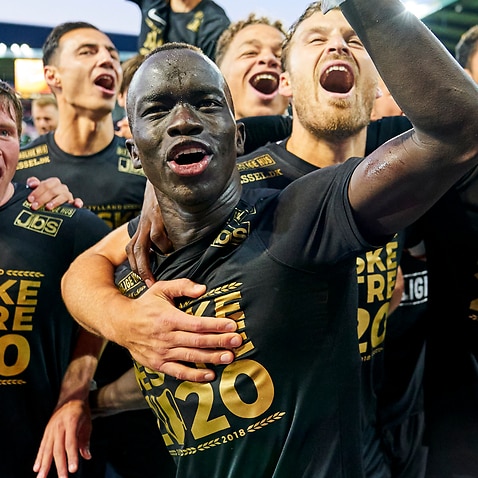 With two years left on his contract, another unabashed ambition is to try his luck in England once his Danish adventure is done.

“That’s my big goal,” he said. “Whether that happens now or later on I have to work hard to be ready should the opportunity presents itself.

“I think my game is suited for England - you just need somebody to believe in you and give you that chance.

“One day I can certainly see myself playing there because of the type of player I am. “I feel I’m very close to fulfilling my dreams. But if it happens it happens, if not I’ll just continue to be happy.

Mabil’s emotions bubbled over after the 3-1 title-clinching win over FC Copenhagen, achieved just four days after what would have been the 21st birthday of sister Bor who died tragically in a car crash in his home state 18 months ago.

“It was a tough week leading into that game (in which he scored),” Mabil explained.

“I talked to my coach about it - and that’s a great thing about my club on a personal level. “I told them I didn’t know how I’d be mentally but they said ‘whatever you need let us know, we understand. If you’re going to be angry or sad, just tell us what you want’.

“I had so much support - and it all seemed to click on the night. Emotionally it all just came out. What a week.”

There was never a question of Mabil not playing.

“I wanted to play - we’ve already started something special and I wanted to finish the job,” he said. 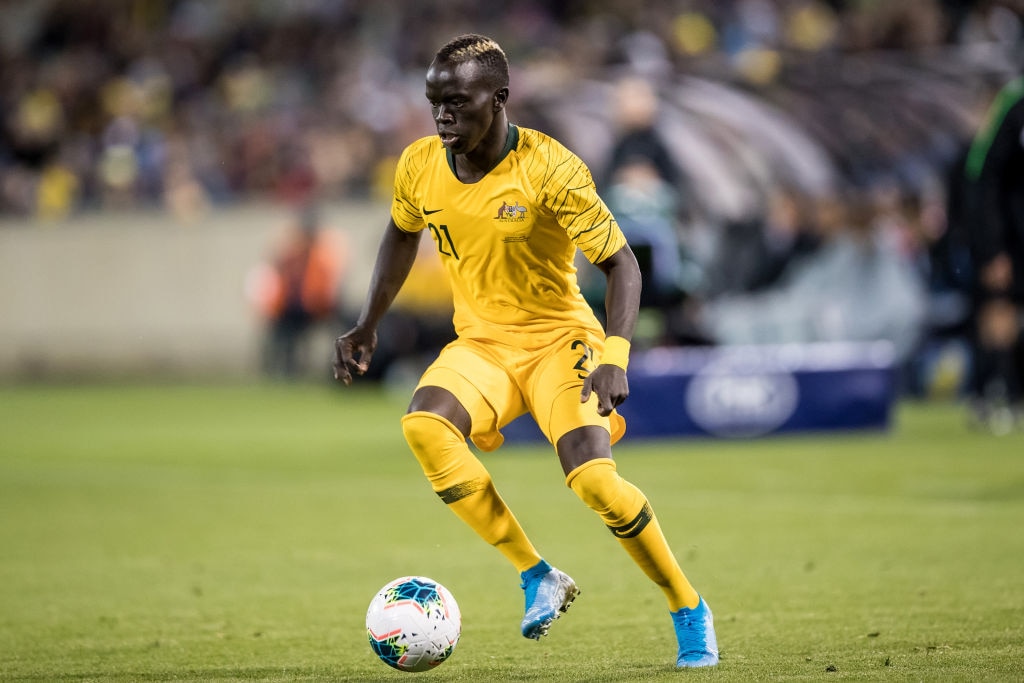 Mabil has worked tirelessly on his finishing this season, adding: “Some people were saying ‘he can’t score goals’ and it’s nice to shut them up a bit.

“But my mentality has always been about improving. If people say I can’t do something it just makes him more determined.

“I work on every detail and I look at data and see things from a numbers perspective.