According to reports in Japan and South Korea, Cerezo Osaka are on the trail of Adam Taggart.

It is widely expected that the 2019 K-League top scorer will be on his way out of Korea before the start of the 2021 season, with China and the United Arab Emirates cited as the most likely destinations for one of Asia’s top strikers.

Japan, however, is now ready to enter the fray.

Japanese sports newspaper Sports Hochi have reported that Cerezo are interested in the Australia international, with an official from the club saying that he is one of the candidates that are being looked at.

Cerezo are determined to add firepower to a squad that has lacked it this season and it looks like costing the Cherry Blossoms a place in the top three and the 2021 AFC Champions League.

The Kansai club are the lowest scorers in the top half of the J1 League table and just one point from their last four games has seen them drop to sixth place.

Suwon are resigned to losing Taggart and are also keen to get a significant transfer fee for the player who, according to a study carried out earlier this year, has the highest market value in the K-League.

Coach Park Kun-ha said last week that the 27-year-old’s future will likely be sorted out when the club’s Champions League campaign ends; and a Suwon official told The World Game in November that no official bid had been received for Taggart, who has not travelled to Qatar with the team after picking up an ankle injury. 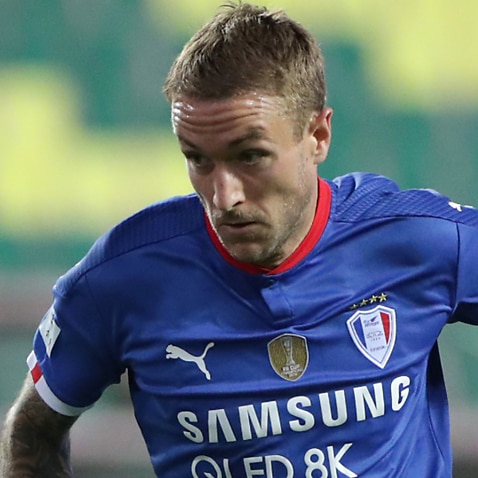 No bid for Taggart yet but future to be settled soon

Suwon have two games remaining in the continental competition and currently sit third in a group that only has three teams after the withdrawal of Malaysian powerhouse Johor Darul Ta'zim.

With one point from the opening two games, if Suwon fail to finish above one of Vissel Kobe or Guangzhou Evergrande, the two-time Asian champions will return to Korea after the final game on December 5.