On the opening day of the 2021 J1 League season, Yokohama F. Marinos were well-beaten by Kawasaki Frontale, the team that had strolled to the 2020 title.

It did not bode well for the 2019 champions but since then the Marinos have been getting into gear and Tuesday’s 1-0 win over title rivals Cerezo Osaka suggests that Yokohama, known all over Japan for their free-flowing football, can also grind out results when needed.

With six wins and two draws from the last eight games in all competitions, Ange Postecoglou’s men are firmly in the chasing pack as the title race starts to take shape.

Kawasaki are still the leaders and still very much the team to beat in 2021 but there is a long way to go.

The former Australia boss said that he was not satisfied yet but the Kanagawa team showed determination and patience against a stubborn Cerezo to get the three points with three minutes remaining thanks to Ado Onaiwu.

It was fitting that the winner was the scrappiest of goals with the substitute poking home from close range following a goalmouth scramble.

“It was a tough game,” said Postecoglou, who explained that his team was still working on how to deal with teams that sit back and leave little space.

“The important thing for us was to stay calm and do what we do best. 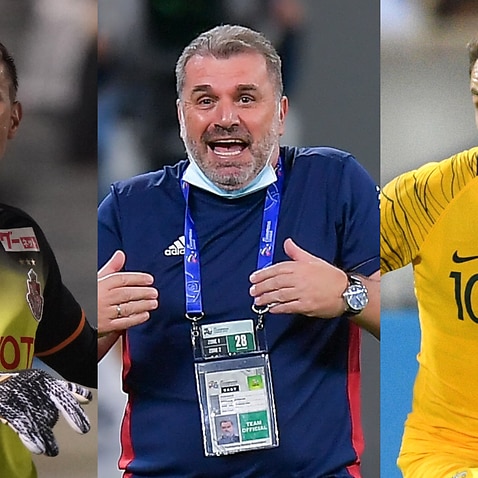 "Against opponents who defend deeply, it was important for us to remain patient and not panic - and the players stuck at their task and got the win.

"It was important for us to believe that the opportunities would come.”

It was a fine way to bounce back from a frustrating two points dropped against Shonan Bellmare three days previously, a rare blip in the recent run.

Yokohama sit in fifth with 14 points from the first seven games and while Kawasaki are eight points clear after playing a game more, the champions face a busy period in June due to AFC Champions League commitments that Yokohama are free from. Kawasaki are determined to make up for past underachievement in Asia.

Cerezo sit in third, two places higher and two points better, though two games more played and will be ready to welcome Adam Taggart when the striker, who signed for the club from Suwon Bluewings in South Korea, completes his quarantine period in the next few days.

The arrival of the 2019 K League top scorer should give Osaka, who lacked a cutting edge in attack, extra spice.

After the game, assistant coach Akio Kogiku admitted that there are offensive issues that need to be sorted out.

At the moment however, Cerezo have others. Tuesday’s game almost did not go ahead after the club recorded three COVID-19 infections.